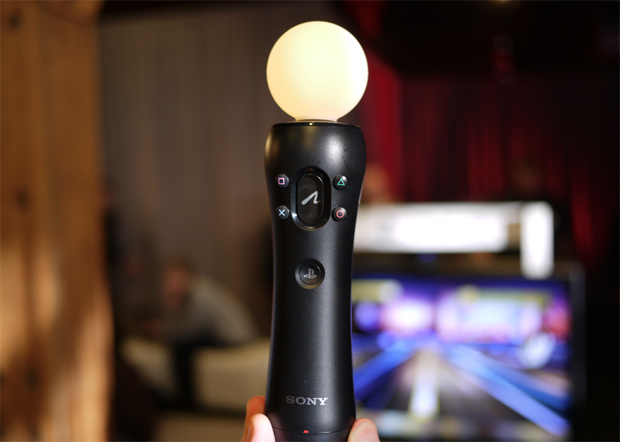 We are now currently in our hands-on session with Sony’s newly announced PlayStation Wand motion controller. We just wanted to drop in and give our quick hands-on impressions and some pictures of the new controller.

In the gallery below you’ll see the Move on top of our own Brad Nicholson’s big-assed muscle. You’ll also see some close-up shots of the buttons and trigger button. The ball seems smaller than I thought it would be in person. It’s also light and fits in the hand nicely. It definitely has a nice grip; it feels more like a game controller than a remote control.

Right now we’re not doing anything that far from a what you’d do in a Wii game. Nick is playing a bowling game now. It’s not 1:1 motion, but he says it’s in pre-alpha. At least it looks nice.

Enjoy our pictures in our gallery below, and look for more updates on the Move very soon. You’ll also find Sony’s official shots, but they won’t include Brad’s muscles.