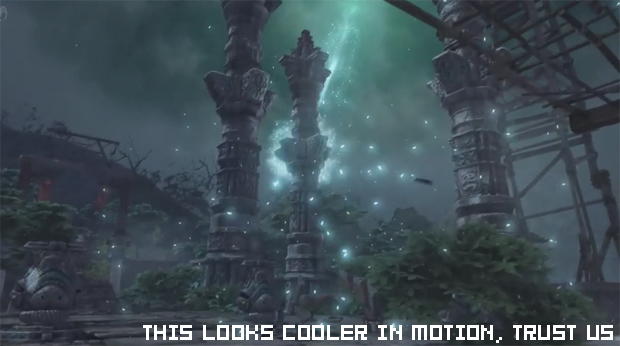 Remember when we first heard about Project Offset, that gorgeous first-person shooter set in the realm of fantasy, and then proceeded to hear next to nothing about it since then? Well, it’s not dead, thankfully.

Although the game hasn’t been discussed by much of the press that attending the 2009 Game Developers Conference, it was shown off (still no in-game footage, though).

To be fair, the reason why Project Offset wasn’t given much coverage is because what was demonstrated at GDC relates more to actual game development than it does anything else. You know, what the engine is capable off achieving, how easy it is to create some insane explosion — stuff like that.

One of the tech demos, however, is worth watching even if you aren’t on the development side of this industry. It’s located after the break, and is essentially just a meteor storm wreaking havoc on a bunch of stone structures.

That may not sound like much, and it really isn’t, but I’ll take any excuse I can get to talk about Project Offset.