As the mmm-tsss-mmm-tss of the obligatory pre-keynote music dies down, I’m preparing to find proper/reliable internets to liveblog Microsoft’s Keynote here at the 2008 Game Developers Conference.

Bear with us while we fight for a decent connection.

Hit the jump to get the minute-by-minute lowdown on Microsoft’s keynote.

10:34 -John Schappert CVP of MS is speaking of his gaming experience, begining with his roots at Tiburon. Says Desert Strike for SNES was his first first job; pronounces SNES as “sehnezzz.”

10:36 – JS speaks on how 2007 was a record year for games, pointing out that the games business has exceed the music buisness. Says that more Xbox 360s are in the pipeline to meet demands.

10:38 – Microsoft bragfest: JS cites million-sellers like Rock Band, Call of Duty 4, Gears of War, Oblivion, BioShock, Orange Box, and Halo 3 for their successes. Also says that they have the most 90-plus rated titles on Metacritic – 11 titles versus PS3’s 4 titles.

JS says that over $250 million has been spent online – Live. 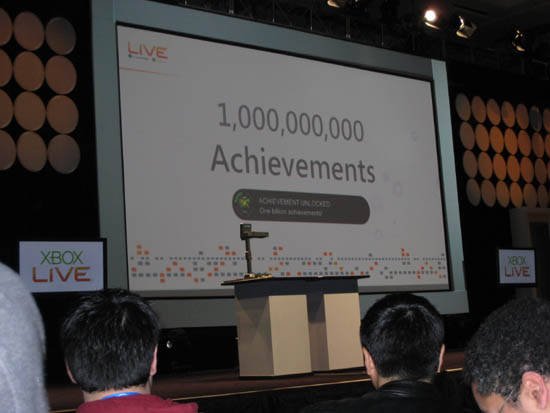 10:45 – Poker Smash made by three guys with scraped together cash? wow.

10:54 – Xbox Live Community Games will be launched this year.