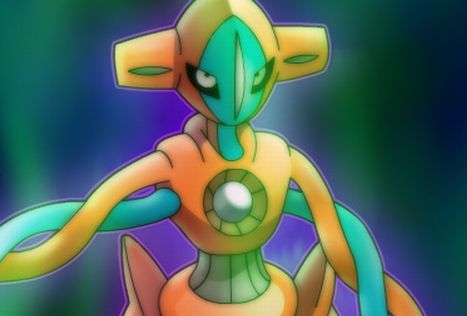 If you like rare Pokémon and haven’t firebombed your local GameStop yet, you may be in for a bit of a treat: the last two weekends in June, you can stop by your local store equipped with your DS and a copy of Pokémon Diamond or Pokémon Pearl and get an exclusive new Pokémon, the formidable Deoxys. Yay, free stuff!

By the way, in case you somehow missed this news because you were in a coma last week, if getting Deoxys free is straining your jam-packed critter collection, you ought to check out My Pokémon Ranch for WiiWare, which our own Jonathan Holmes wrote his impressions on last week. It’s handy for Pokémon obsessees, and pretty cute too.

There are many ways to catch a Pokémon, but for two special weekends in June, there‘s only one failsafe way for fans to get one of the most unique characters in the enthralling Pokémon® universe on their Nintendo DS™.

From June 20-22 and June 27-29, Pokémon players are invited to bring their Nintendo DS systems and Pokémon® Diamond or Pokémon® Pearl games to the nearest GameStop store where they can receive Deoxys™, a legendary character with transformative powers and an impressive set of battle-ready moves.

With an imaginative roster of characters and richly interactive game play, the blockbuster Pokémon game series has attracted millions of fans worldwide. According to the independent NPD Group, Pokémon Diamond and Pokémon Pearl have sold more than 4.2 million combined in the United States alone, while Nintendo DS continues to be ranked as the nation‘s top-selling hand-held game system.