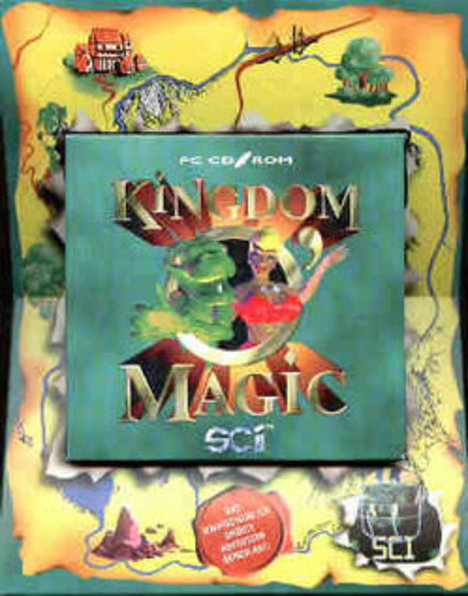 Monty Python. Lord of the Rings. Sam and Max. While these things are usually pretty awesome in their own right, they’re even better when you combine them, and that’s where this week’s forgotten game comes in. Kingdom O’ Magic is a 3D, hilarious adventure game that both parodies and respects not only the Lord of the Rings series from which it draws its plot, but also pop culture and video gaming in general.

If you haven’t heard of Kingdom O’ Magic, much less played it, you owe it to yourself to learn about it. It wouldn’t kill you. 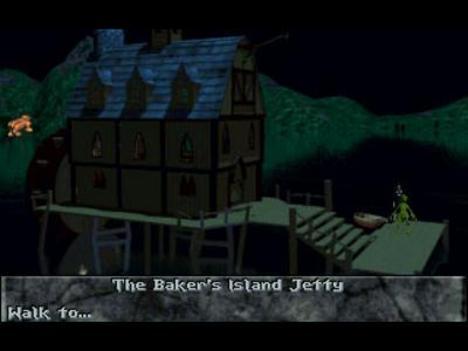 As mentioned earlier, Kingdom O’ Magic is a parody game, most heavily borrowing from the Lord of the Rings trilogy. Thanks to Peter Jackson, we all pretty much share the same mental images of the LOTR characters nowadays, which is, in part, what makes Kingdom O’ Magic fun in an antiquated kind of way. Since this game was released before the film adaptations of the novels, we get to see what the developers imagined Ents and Dwarves and Sauron would look like. Usually their versions of the characters are pretty similar to their future film counterparts (Saruman of Eisengard looks pretty much identical to Saurman of Rite-Gard), but, as is the case with the bipedal bull-creature that is Sauron, their character concepts are often very different than what Peter Jackson has taught us to expect. Granted, a lot of the other characters aren’t even peripherally related to the LOTR trilogy. The Afro King, who resembles Shaft mixed with Jules Winfield, would be one of these characters. The Gangster Gingerbread Man is another. Conrad the Barbarian (pictured above), would be another still. These characters are just about as badass as they sound. Except for Conrad, anyway. He’s borderline retarded.

The game also offers three quests: The Good, Old Fashioned, Traditional Quest (Rescue the dragon, steal the princess, and kill the treasure), The 7-11 Quest (Recruit between 7 and 11 of the toughest characters you can find to defend Flake Town), and The Bizarre and Slightly Twisted Quest (seek out the Lost Lava Lamp of the Ancients, and thrash the Dark Lord to within an inch of his life; this quest should not be attempted by old women, or people named “Julian”).

As you can probably tell, the quests are slightly different than what one usually comes to expect from an adventure game. You will almost never accomplish what the quest asks you to do in a remotely “fair” kind of way — in the first quest, instead of personally slaying the dragon, you hire the Rivendull Elven Mafia to whack him. And so on. 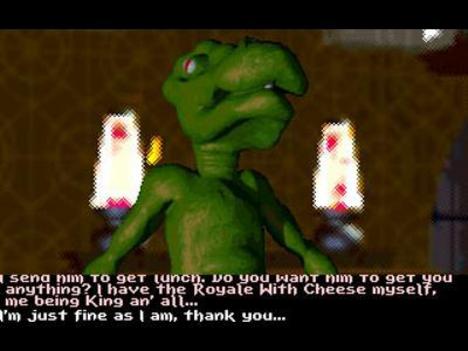 Standard adventure game fare, only about eight times funnier than the standard adventure game. Pretty much everything you can examine has a hilarious, referential story behind it, and every single character in the game comes with a biography (above) which lists their health and special abilities (which are never actually used under any circumstances).

You can play as two characters: Thidney, a combat-loving lizard, or Shah-Ron, a magic using sorceress with disproportionately large breasts. The game doesn’t really change depending on who you choose, apart from the fact that the combat works a little bit differently.

Yeah, there’s combat, but don’t get excited: KoM‘s combat is an intentionally cheesy parody of video gaming. After choosing a weapon or spell and clicking on your enemy of choice, the two 3D characters overlap and are replaced with a 2D, Looney Tunes-esque cloud of “BIFF”s and “WHACK”s and “KRETCH”es until one character’s life bar is depleted. The combat is seldom necessary to any quest, and is more or less just present for shits and giggles.

In fact, most of the really great things in the game have almost no bearing on the overall story for any three of the quests: often times, the most fun you’ll ever have is by finding all the different ways you can die. If you tell too many bad jokes to other characters, you get arrested and executed by the suddenly-appearing, anachronistic Joke Police. If you ask the Ninja Baker (guess what he looks like) about his body odor, he’ll decapitate you on general principle.

All the different ways to die technically make the game very difficult, but, in reality, they just make the game a whole lot funnier. Besides, saving frequently counteracts the difficulty problem. 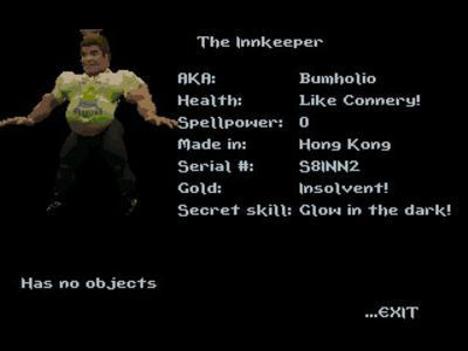 Why you probably haven’t played it

It’s DOS, man. A DOS adventure game that wasn’t developed by LucasArts or Sierra or any other company usually associated with quality adventure titles. Games like that aren’t too heavily played these days, and it’s a fair bet it wasn’t even played very much when it was first released.

Not to mention that this game had some of the ugliest packaging ever made. You were either buying the hideous yellow (or green, I’m colorblind) box posted on the front page, or if you found it in the bargain bin (which was much more likely) it’d be a simple jewel case affair with nothing more than the huge words “Kingdom O’ Magic” and a picture of the two playable characters.

Also — and I’m not sure of this, which means you probably aren’t either, which means whatever I say is law — it probably had underwhelming US marketing and didn’t sell very well. SCi games is still going, but it’s typically churning out crap at a prodigious rate. The company is basically responsible for all of the Conflict: Desert Storm games.