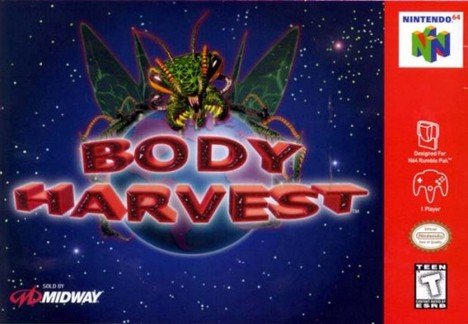 Add one part Starship Troopers, one part Tomb Raider, and three parts Grand Theft Auto, and what have you got? Today’s Game that Time Forgot.

This week’s installment concerns Body Harvest, the classic Nintendo 64 title developed by the group that would later become Rockstar North.

While the graphics were muddy and the gameplay unfocused, one cannot deny the sheer impressiveness of what Body Harvest managed to do at the time of its release.

Hit the jump for the full writeup. 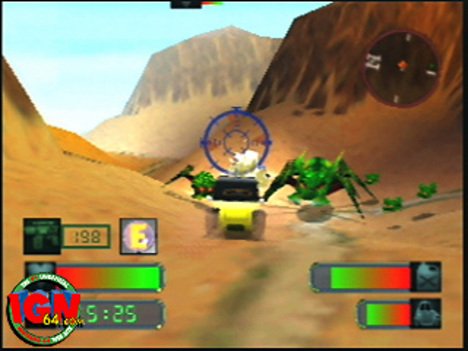 It’s 2016. Time travel is possible.* An evil alien race has harvested nearly every human life on planet Earth, leaving the only human survivors in existence trapped on an orbital space station.

As the aliens launch their final attack against the remaining humans, a soldier named Adam Drake (your character) escapes the station’s destruction in a recently-completed time machine, known as the Alpha One.

Pretty standard stuff, apart from the time machine thing. This conceit allows the levels to be set in all different parts of the world, in many different time periods: you’ll visit everywhere from contemporary to , blasting hundreds of bugs along the way. 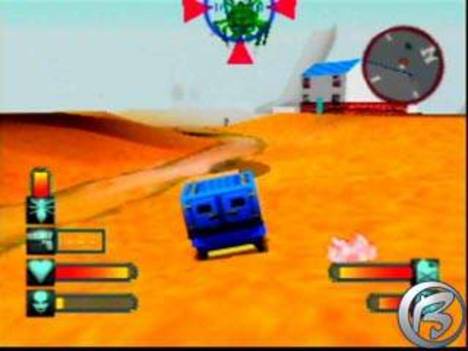 Body Harvest‘s gameplay is a bit of a double-edged sword: on the one hand, it was revolutionary for its time, and on the other hand, it wasn’t that good.

Every level takes place in a new location and time. Each map consists of a few small objectives you have to complete, topped off by a big-ass boss fight which propels you to the next level after completion.

At its best, the game allows you to hop into a jeep, mow down some small bugs, then switch over to a armored car with a machine gun on top in order to take out a boss. There are many, many moments like this throughout the game, where — were it not for the unfortunately dated graphics — you might actually forget you’re playing a second-generation N64 game. Plus, there’s some decent exploring involved as you find valuable Tomb Raider-esque artifacts like a sun shield (which can be used as a weapon in addition to solving puzzles).

On the other hand, your objectives are often too vague, the maps too poorly designed, and the graphics too muddy to give you any real indication of where you’re supposed to go next. At the game’s worst, it becomes too nonlinear, to the point where you are given to little instruction and too much freedom. “Save the humans” becomes meaningless on a large map with humans and bugs spread liberally throughout, with no stated way to rescue them.

Additionally, the game is much creepier than one would expect, given the subject matter: what would ostensibly be a fun-filled bug-bursting romp through a preapocalyptic wasteland actually consists of lonely drives through dead towns (if you ever see something moving, it’s probably not friendly) or ancient crypts with only the creepy-as-hell soundtrack (consisting of a single piano) to keep you company. To be completely honest, I’m not even sure if DMA Design knew how creepy their game was when they made it. 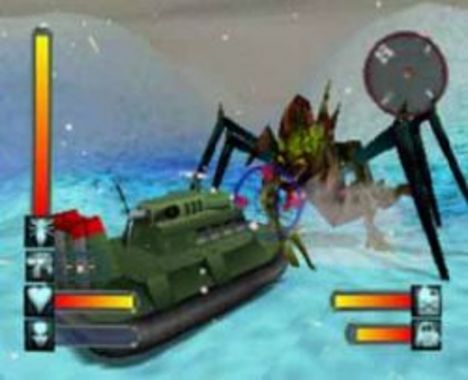 Well, it’s an N64 game, and that entire system’s lifespan only consisted of about six really great games. And if you aren’t one of those games, you tend to get grouped in with the other crap in gaming’s collective memory.

But to be completely honest, I’m not sure how well Body Harvest sold at the time of its release — I was too concerned with collecting Pokemon at the time to pay attention to such things.

That being said, however, most gamers either aren’t aware of or do not appreciate just how important a game Body Harvest is: it proved that the sandbox genre could be done (sort of) adequately on a console system, and thereby paved the way for GTAIII‘s eventual PS2 release. If you haven’t heard of it and you still have an N64, it’s worth checking out if only to satiate the rampant curiosity you should have toward the origins of sandbox gaming. And if you don’t still have an N64, you never know: maybe it’ll come out on the Wii Virtual Console one of these days.

*Don’t you love looking at old pieces of fiction which are set in a technologically advanced “future,” and laughing at how inaccurate their assumptions are? Like how we don’t have flying cars, time machines, or the completely walled off and turned into a maximum-security prison?**

**Maybe “love” wasn’t the right word. Maybe “get depressed by.” We were promised flying cars, goddamnit.