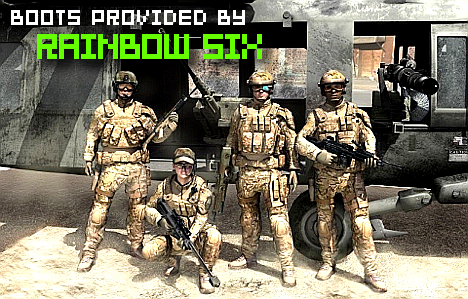 According to EndWar programmer Vinh-Dieu Lam, the Tom Clancy universe will become one solid entity spread out between multiple games. Previously, Tom Clancy games only adhered to the storyline within their respective series. Now, it looks as if upcoming RTS EndWar will become the keystone to anchoring future Clancy games together.

Lam set the stage with GamePlayer by first describing some of the lighter tie-ins in EndWar:

Some of our airstrikes come from the HAWX list of fighter jets, some of the Ghost Recon units are in the game, like Scott Mitchell is the commanding officer of the American army, so there are a few tie-ins. It all acts as a basis for future tie-ins.

Lam then went a step further in terms of what Ubisoft wants to do with their exclusive license in the near future:

This opens the door to an amazing amount of both cool and fairly scary things. Hopefully, we won’t have to buy the upcoming emo version of Splinter Cell to be able to understand what would happen in GRAW 3. In a worse (but very imaginary) scenario, could you envision buying one game to be able to play another?