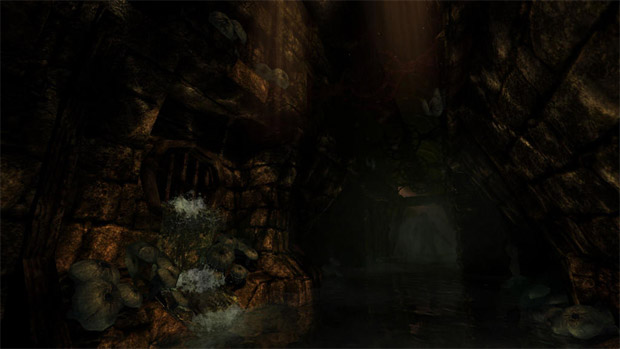 Excuse the weird phrasing there, but as Frictional Games writes in its latest report on Amnesia: The Dark Descent, the number of units sold for a digitally distributed game is “actually really hard to pin down.”

Excluding the Humble Indie Bundle and Potato Bundle, both of which Amnesia was a part of, there have been 710,000 units sold. With those bundles, that figure jumps up to 1,360,000 units. “A slightly pessimistic guess (not far from reality I think) is that 2/3 of every bundle and pack buyer already owned Amnesia. This gives us about 920,000 units in total, pessimistically speaking. So saying that we have sold a million units seems fair. Wait… a million units! Oh shit!!”

Not bad for a game that took $360,000 and three years to develop. Frictional attributes much of this continued success to the modding scene and, in turn, YouTube clips. People like watching other people get scared, it seems.

At the bottom of the post, there’s also a tease for the first-person horror game that will follow Amnesia: A Machine for Pigs. Expected for release in 2014, this unnamed project will try to [create] horror in a much more disturbing way.” I don’t know if I can handle that.