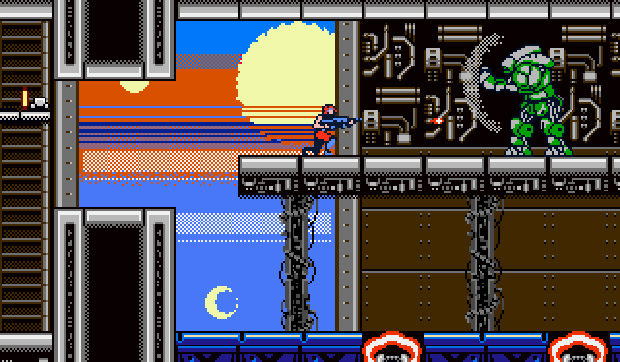 For those who enjoyed Oniken‘s brand of tough platforming action and are looking for more, the game will be getting a free update on Friday, December 14 which adds a brand new mission featuring another playable character.

“The Rescue” stars the machine gun-wielding Jenny during the events that unfold over the core game’s first two stages. As tends to be the case with these sorts of things, I have to wonder what the architect of the base we’re supposed to overcome was thinking. Jerk. If you’ve got moment to spare, consider voting up Oniken on Steam Greenlight.