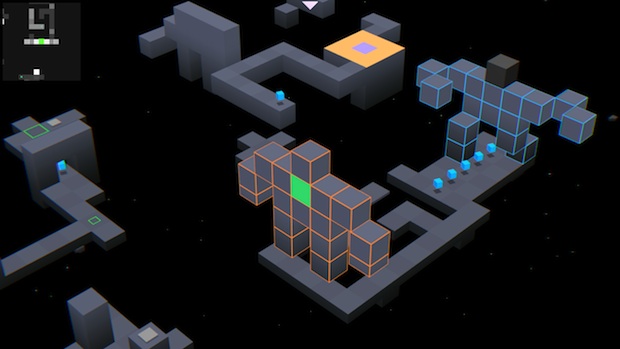 One of the biggest love/hate elements from this generation of consoles is downloadable content. Some DLC is good (song packs for Rock Band or full-blown expansions in the Fallout games) and some of it is bad, (unlocking things already on a disc or pre-order trinkets made up to entice gamers to pay early). However, free DLC is rarely bad.

EDGE developer Two Tribes has announced a big DLC add-on coming on September 28th to the Steam version of its iOS puzzle/platform title. Included in the update are 40 brand new levels, which is a crazy update as the original version of EDGE had 40 standard levels in it at first, with another 8 unlocked at the end of the game. That’s almost doubling the content!

Also included is a new mode where gamers will race the “notorious” dark cube. As someone who really enjoyed EDGE, this is great news. Free DLC is hard to turn down and when it’s going to be a glut of new levels and a whole new mode, it’s going to be hard to not fire EDGE up again and keep playing.