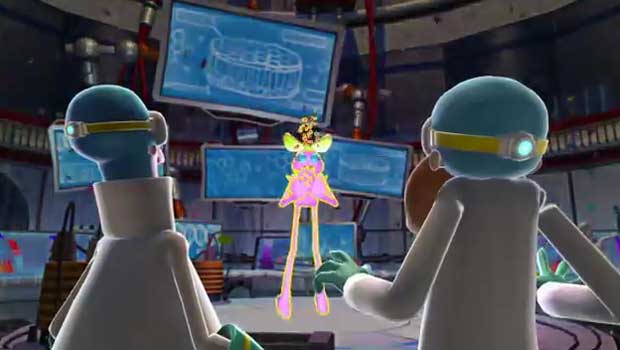 Twisted Pixel’s Ms. Splosion Man is out today, and outside of it being really pink and all of the buttons doing the same s**t, I thought it was pretty good.

On this joyous release day, the developer is revealing that it will be presenting free additional game challenges to players on “a regular basis.” The content will come thanks to Xbox Live’s Title Managed Storage (TMS) feature. The developer will be creating all new leaderboards especially for these challenges, as well as doing some cool stuff like giving out real world prizes to top players.

More details on the TMS challenges soon, I can assure you. In the meantime, Twisted Pixel says its re-launched the official Ms. Splosion Man website with wallpapers, the game soundtrack, and more. But they’re lying, because as of this writing, it’s just a stupid blog. (What’s up with blogs, anyhow!?)