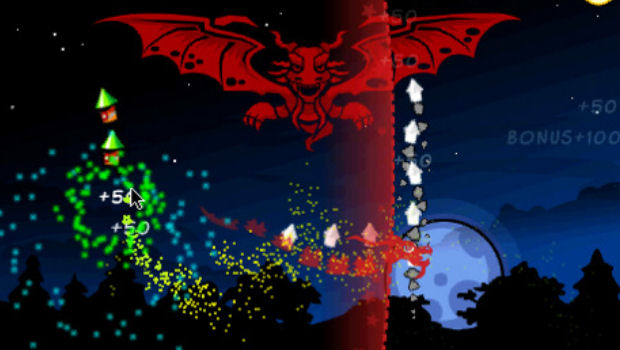 Destructoid reader “Able To Think” tipped me off to this rather cool freebie, Spark It Up. It’s a rhythm game of sorts that takes visual cues from Boom Boom Rocket and Lumines, but features from pretty original gameplay.

A dragon constantly flies from left to right, freezing rockets in mid-air as he does. The player detonates rockets by tapping or swiping them and has to do so before the dragon passes a second time. Tapping rockets of the same color earns bonus points, as does tapping on the various dragon shapes that appear on-screen.

It’s a surprisingly fun little game that’s only let down by the fact it features three stages and requires real-life money in order to purchase three more. Still, the free entry price is worth checking out, and the three stages will give you enough entertainment. So that’s a thing!

[Seen a Free App that needs a plug? Hitting me up on Twitter is the fastest way to get my attention! Be sure to get me before 9am Central though!]