Here’s how to unlock Superman

Fortnite is still trucking with its Chapter 2 Season 7 alien storyline, and that means one of the most famous aliens of all is making a splash as of this week. Superman is now live for battle pass owners, and his unlock process is incredibly easy.

So first up, you’ll actually be unlocking Clark Kent first. Much like Tony Stark and Iron Man and a few other “transformation skins,” Clark is presented in his mild-mannered form, and you’ll have the option to either emote-change or permanently select the Superman skin before a match.

To unlock Clark, you’ll need to finish five quests from Beast Boy, Armored Batman, or Clark himself. Just head to their locations marked on the map below, and take any old quest (it’ll persist after the match you’re in) by talking to them. This is busywork stuff like “drive 100 meters” or “visit three named locations.”

Note that everyone else is trying to unlock Clark/Superman at the same time, so you need to be tricky in how you approach the situation. People are going to try and kill you when you land or speak to the NPCs, so practice mashing to quickly select the quest dialogue. If you die, you’ll get a chance to finish the quest next round. Alternatively, you can hang back and take out a few people who attempt to talk to the NPC immediately without any weapons. Plus, consider gliding to the farthest-away NPC target to deal with fewer people.

Once you finish those five quests, you’ll have access to Clark. From there, just head to any phonebooth (they’re all marked on the map) as Clark and enter it to become Superman, and unlock his skin. The rest is a cakewalk, like gliding through rings near Weeping Woods (just glide early and you’ll see the ring formation in the sky). The rest of his basic kit (spray, emoticon) is unlocked through the quests you already did to get Clark, and his advanced kit can be acquired through finishing epic (purple) quests throughout the season. 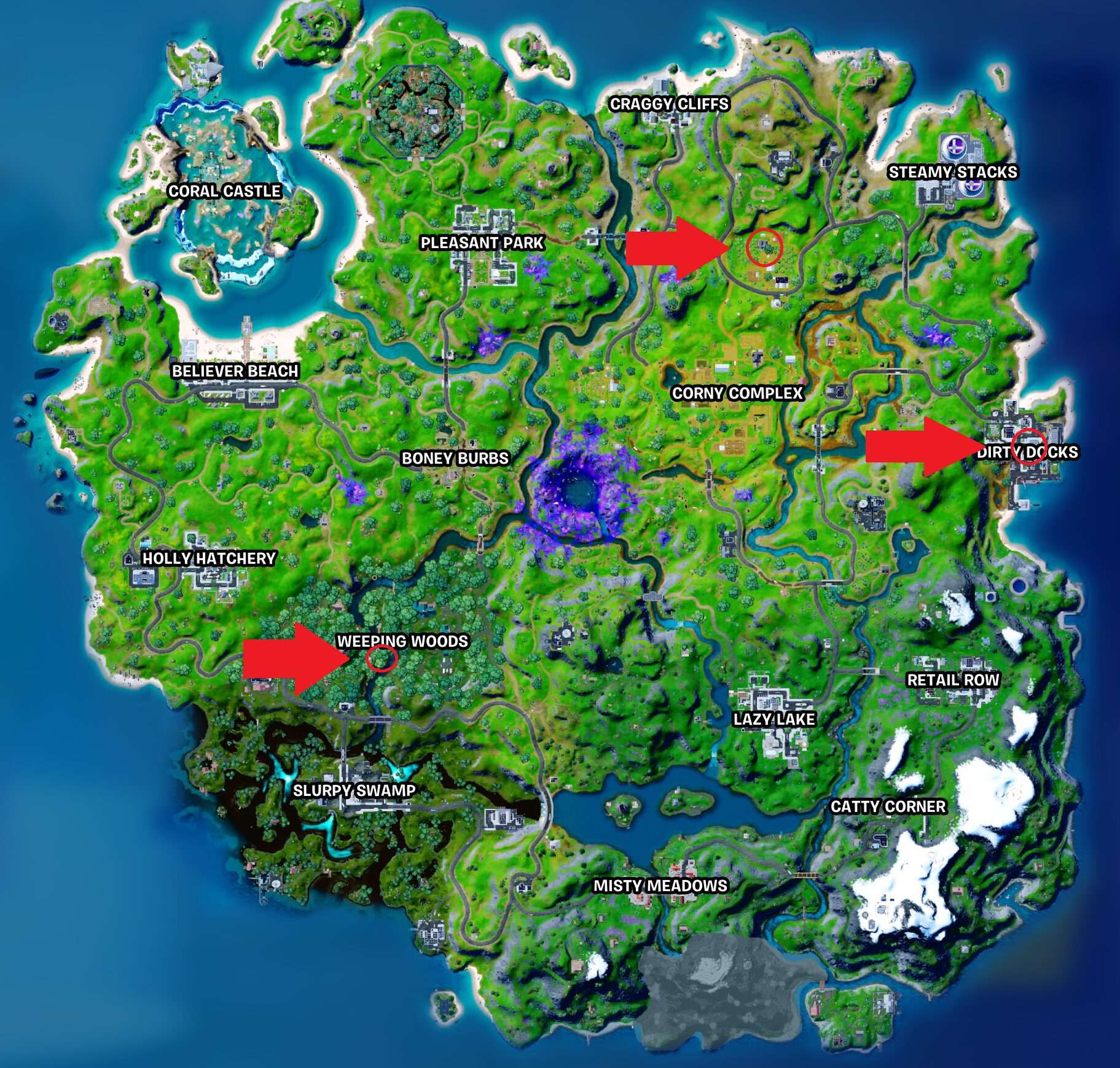 Begin helping to see what happened to Clark Kent’s memories. Unlocks the Call to Action Emoticon.

Clark Kent digs deep to illuminate his past. Unlocks the Superman Shield Spray.

Glide through 3 rings as Clark Kent

His powers begin to return. Unlocks the Daily Planet Back Bling.

Use a Phone Booth as Clark Kent

His powers are back, thanks to your help. Go to a Phone Booth to suit up!