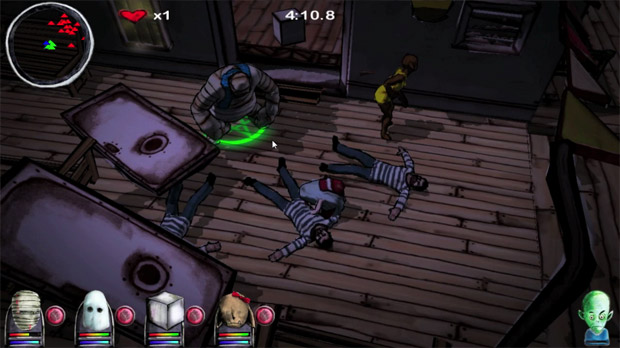 Eerie Canal Entertainment is an independent studio based out of Boston that’s made up of people from companies you’ve heard of and probably like a good deal: Irrational Games, Harmonix, and Iron Lore.

They have just announced their debut game, Dreadline, and it’s described as a Diablo/Freedom Force mashup in which you control a group of monsters who travel to “human calamities” (e.g., The Titanic and Pompeii) to finish off the poor folks since, hell, they’re already screwed anyway.

The premise seems promising, as does the game’s sense of humor. Throw in the aforementioned gameplay style and I think we’ve got something to look forward to in the first quarter of 2013.