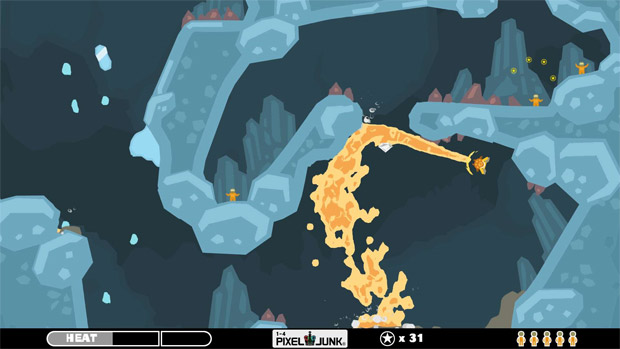 Surprise! PixelJunk Shooter 2 is happening! Actually, we kind of knew about it already. Q-Games’ Dylan Cuthbert has been mighty talkative lately, and he’s only just beginning to discuss the sequel to last year’s most fluid-filled game in-depth.

“We still have a ton of ideas on the drawing board and the engine has lots of potential we want to use before moving onto our next idea,” Cuthbert told G4. “It would be a waste not to use it to try out more stuff.”

“We managed to put in all the ship ‘suits’ that we thought up this time around, but there will be a number of new suits to make use of some of the brand new ideas for fluid gimmicks you may or may not see sometime soon.”

Sounds good to me. I feel like PixelJunk Shooter could have been fleshed out more, and a sequel would be able to fairly easily expand on what is an all-around neat concept for a dual-joystick shooter.

Here Are A Few Details On PixelJunk Shooter 2 [G4TV]