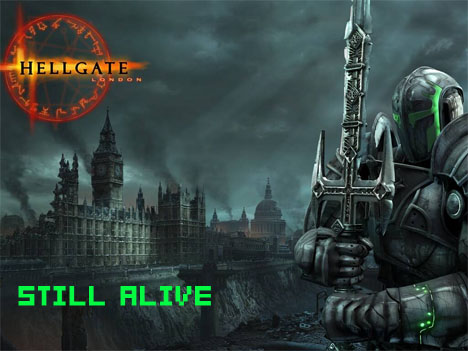 Over the past couple of days several gaming sites have been raising a fuss over an entry Flagship Studios programmer Guy Somber had made on his blog. Making it sound as if members of the Hellgate: London staff were leaving en masse, Guy’s statement certainly made the company look like it was in a bad spot.

Seeing as the entry was written over a month ago I decided to get in touch with Guy to see exactly how Flagship had been doing, and what their status was now. After several days had passed, I was beginning to fear that he had been carried away by fearsome PR ninjas. Thankfully, though, he was finally able to get back to me.

“Things here at Flagship are running business as usual.  We’ve just put a build of Chronicle 2 onto our test center, which has represented a lot of hard work from everybody at the company, myself included.”

”When I wrote that blog post I was frustrated and just a little bit overwhelmed, but it was nothing that a mug of hot chocolate, a few hours of gaming, and a good night’s sleep didn’t cure.  I was surprised and disappointed at the community’s response to my words, which were more directed at my family and friends to describe my state of mind at the time, than to give any sort of insight into the company.  Personally, I think that the “Towers of Hanoi” series of posts on my blog is far more interesting and worthy of commentary and analysis.”

”I’m sorry to have caused such a ruckus over such a small thing.”

Flagship Studios’ Marketing Communications Manager Ivan Sulic also chimed in on the situation. Hit the jump for his statement.

“I’m Ivan Sulic, Flagship’s Marketing Communications Manager, Web Manager, and Writer. I attached Guy on this because I’d like to believe I’m not some soulless automaton that cranks out fluff replies and maybe he can help me prove it.

”I’m not going to speak for him, but I’ll bet Guy feels like anyone who spent a lot of time and effort on something that wasn’t received as well as hoped… And then a few of our friends and coworkers left. It’s a bummer. I wouldn’t know what he’s feeling, but there are a couple things he wrote that I can address.”

”First off, our directors are all doing the same thing they’ve been doing, save for Peter. Peter Hu is a systems programmer and one of our technology directors. Since Hellgate was put out, he’s been able to work on other things. Everything else is pretty much business as usual.”

”The second thing Guy mentioned was departures. We’ve actually had very few people leave. Flagship is still fully staffed and working on both Hellgate and Mythos (with the same Seattle / San Francisco distinction we’ve always had). I think we have about 100 employees now. I know a couple people left because they were moving up on their career path. A close friend of mine is also leaving because he needs a change of pace and scenery. He was even thinking of switching continents just to get away from SF’s cold and windy summers. No biggie, though. People finish a game, want to work on something else, and then leave to do just that. It’s pretty typical in this industry. I don’t know the exact number, but we couldn’t have had more than five or six departures. Still, if those five or six dudes are people you work with everyday, it can’t feel great.”

Well then…it sounds like this whole thing may have just been a misunderstanding. At any rate, Hellgate: London is still chugging along, and will hopefully pick up speed as Flagship continues to work the kinks out.

[Update: Flagship CVO David Brevik has released his own statement on the Hellgate forums.]