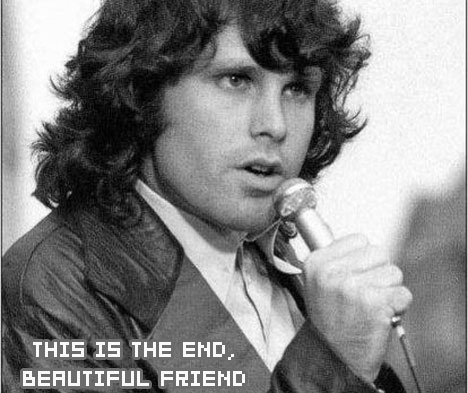 It was only a month ago when our own PC editor Justin Villesenor spoke with Flagship Studios programmer Guy Somber in regards to a post he made on his blog that made it sound as if things were looking dismal for the future of the studio. Somber described the state of things as “business as usual” after being questioned, and people assumed things were fine and went off to scrutinize other industry nooks and crannies.

Sadly, it seems all the statements were no more than just words — Flagship’s community manager, Taylor Balbi, revealed to VE3D today that  Flagship and Ping0 has been officially shut down. Employees were informed at a company meeting that the studio’s last day of operation would be Saturday, July 12th. Balbi also revealed that three higher-ups helped pay the final 30 days salary for all employees out of their own pockets.

A Something Awful forum user by the name of GLC came forward with comments, claiming to be a former Ping) employee. Hit the jump for his words on the situation and more.

“Former Ping0 employee checking in here. I feel bad for some of the talented guys on the staff who busted rear end to try and get a game out on a ridiculous schedule, but I think we all kind of saw this coming after the game came out and basically bombed. Flagship bit off way more than they could chew and made a lot of development and structural mistakes in how they went about things. They had a lot of big dreamers on staff, but not enough nitty-gritty people who knew how to get shit done. It sucks, but that’s life I guess. I didn’t always agree with the decisions of the leadership, but it doesn’t surprise me at all to hear that three of them (probably Roper and the Schaeffers) dug into their own pockets to pay people. Nothing about them, Max Schaeffer in particular, ever made me think they were less than standup guys.

I think it’s less that they aimed too high than that they tried to aim that high and do it quickly, and they didn’t do anything the easy way. They had their own server architecture, their own client, their own chat, their own graphics engine, their own everything basically. Plus they wanted a game that could support thousands of concurrent connections with no downtime, had an engaging single-player campaign, and could support an ongoing, persistent world. It was like picking everything that’s hard to do in a game, and then putting it on a brand-new company (two of them, really) with people who hadn’t worked together before.

Plus you had Ping0 doing the back-end and multiplayer, working off a forked codebase, and trying to make sure that what they were designing was open enough that it could be marketed to other companies. And then Mythos, with a team working out of Seattle under Travis Baldtree (who is a fucking genius, by the way), which had to fit into things somehow even though it wasn’t as much of a priority. It was just a really chaotic situation all around. Hopefully the talented guys I met there will bounce back quickly, it’s a lovely time to be unemployed in the bay area.

Worst of all, it seems that they possibly could have been saved, but chose not to grasp the rope. Word of the closure reached HanbitSoft, which resulted in a press release regarding control of the Hellgate: London intellectual property. The release also mentions Mythos (which HanbitSoft owns the rights to), which they plan to continue development on.

It’s always shocking and rather sad to see a company go down in flames like this. If you want to dig deeper, check out the official Hellgate forum.

[Via Hellgate Guru — Thanks, Lark]