It’s a funny thing that I just so happened to be enjoying a replay of Sandlot’s Earth Defense Force 2017 with a good friend of mine when news of the website trademarked by D3 Publisher surfaced. Called Earth Defense Force:Insect Armageddon, it sounds like everything I could want and more from a new title in this series — at least, my imagination thinks so.

So with all this going on, I’ve had the EDF series on the brain as of late. I’ve discussed it with many other gamers who love the game, and we all agree on at least one point: EDF 2017 is technically a terrible game. It feels cheaply made, the voice acting is terrible, it’s early-gen 360, has no online co-op … the list goes on. Why, then, do I keep going back to the game, still having just as much fun as I did the very first time I played? Why are my hopes so high that a sequel will be just a deliciously poor, in a so-bad-its-good kind of way?

Hit the jump, because I have five things from EDF: 2017 that I desperately need to see a return to in the sequel once it is officially announced. And if you aren’t convinced yet, YOU NEED TO BE. 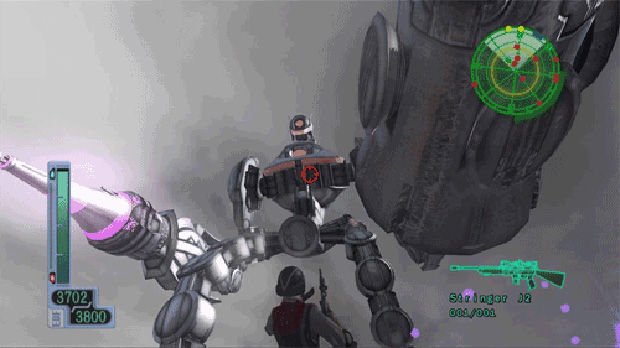 Let me tell you something about these fuckers. For some reason, taking them down is like, one of the most satisfying things I’ve done in a videogame ever. Before you get your hands on the Lysander Z, one of the most powerful sniper rifles the game has to offer, these guys are a serious challenge. You won’t see them early on in the game, but as the situation worsens in the fight for earth, they will eventually start popping up. They also shoot these insane beams at you that arc over the field and have the power to blow you across the screen, which is always really, really annoying. Watching them collapse and die is semi-orgasmic. I hope we get them twice as big and badass in Insect Armaggeddon.

EDF 2017 Protip: Farm these in later levels to build crazy boosts to your armor rating, which you’ll need if you want to finish the game in hardcore.

I mean, look. Look at it. Seriously. It’s a freaking DINO-MECH. And you get to fight it. I realize the sentiment is somewhat childish but you know what, I really can’t bring myself to care. It’s simply a blast to sink this thing, especially if you have a friend with you to help take him down.I’ve fought this fight at least twenty times and I still enjoy it. Maybe it’s just me, I don’t know. But trying to take down this fuck while he stomps around the city is just kind of excellent.

I would like to either see an enhanced version return in Insect Armageddon, or a totally new mecha-beast altogether. Mecha-Pterodactyl? 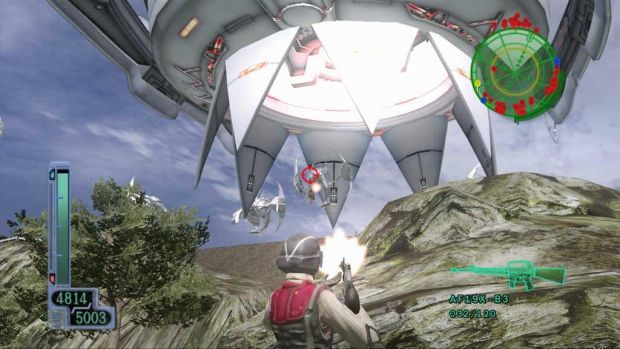 One of the best things about EDF 2017 that I dearly hope they hold onto for Insect Armageddon is the fact that as long as you have a rocket launcher, you can blow up absolutely any building in sight on the map. Anything. And there’s something deliciously stupid about being able to do that. I can’t count how many times I’ve gotten distracted blowing the crap out of things to have my partner say, “Colette! Please kill the ants!” Oh, sorry. Did you know I can blow up buildings, though?I It’s pretty rad. 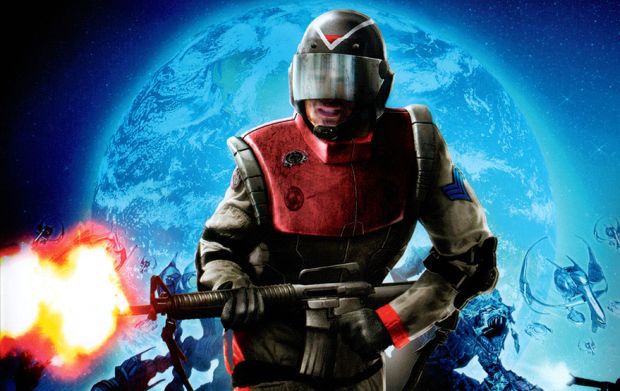 Ok, so you’re this guy, Probably not a guy who got a college degree, if you’re out in the field blowing bugs away with a huge gun and all that good stuff. So I’m not making fun of him. However, he and his friends have just about the most awkward voiceovers I can possibly imagine in a videogame. When I hear lines like “Oh God, Jim is dead!” and “Go back to space!” uttered with complete seriousness, it just makes for a deliciously funny touch while I kill huge bugs. I’m not sure if they can do worse for the sequel, but man, I really hope they do.

EDF 2017 Protip: Listen in the underground levels for some of the game’s worst dialogue. 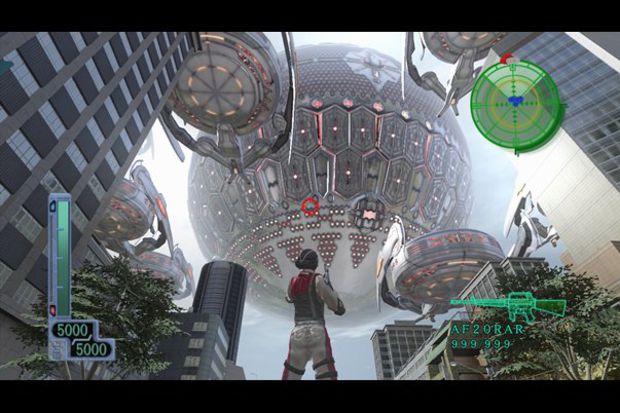 Movies have tried to duplicate the experience of the alien invasion of earth many times. Despite all EDF 2017‘s broken qualities, somehow it manages to give you the experience in a way that makes you feel all the chaos that the real event is quite real. A mothership that goes through several intense transformations is your opponent, with ships in the air attacking to keep you busy. As prepared as I am to play this level on hardcore, I always find myself yelling “OH FUCKKKK” to the person I’m playing it with as we both get tagged by lasers or forget the part where the giant legs come out or don’t get far away enough to avoid being hit by it. It’s always fun … and that’s not something I can say about many games on the first playthrough, much less the tenth.

How could they do it better? I don’t know. Maybe we could somehow fly up and fight it IN SPACE. Maybe you could oil wrestle a giant spider. Maybe all my guys can transform into flying robots. I don’t know. I just know it has to be big and bad if it’s going to work. 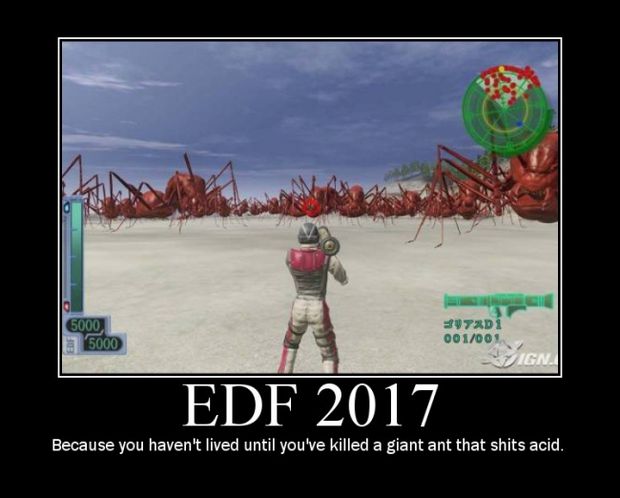 I rest my case.

What about actual IMPROVEMENTS?

We’ll be waiting, Sandlot (dear God I hope its you guys making this game). We hope you don’t take out the cheese, because it makes the game. Just give us another fifty some-odd levels of alien-destroying action, add in online co-op (maybe 4 player? OMG THE POSSIBILITIES), vehicle control that actually works, a few new bug species (I vote for beetles) and we’ll be happy. Ecstatic, in fact.