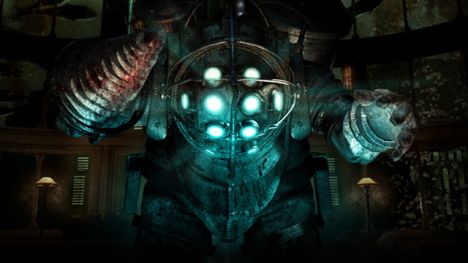 For months we waited, hoped, speculated and gossiped about it, but finally it’s 100 percent confirmed: BioShock on PS3. The big question since has been: Would you buy the game again if you already owned it for 360 or on PC, and if so, why?

Obviously, the game’s chances of being purchased again by people who already own it in some form would be helped by additional content. Thanks to Gamesradar (Via EGM), we have some more info on that. It looks like the widescreen issues have been fixed, Vita-Chambers can be turned off, and all downloadable content from the 360 version will come with the PS3 version. Good stuff, but maybe not worth buying the game again, yes?

Well, there is also mention of a “bonus” in the PS3 version, but not even a hint was spilled as to what it might be. I’ve racked my brain, but I can’t think of anything that would really thrill me that could be added (shy of a repainted version of the figure that was packed with the limited edition). Got any guesses?