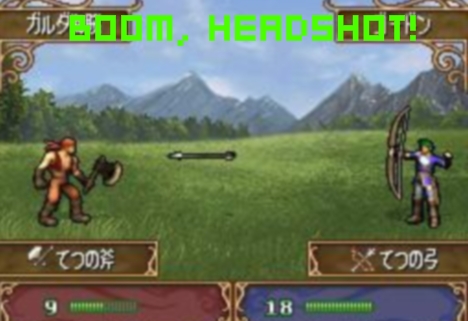 Like Fire Emblem? Like online multiplayer? Today is your lucky day then, you happy boy, as Fire Emblem: New Dark Dragon and the Sword of Light for the DS will boast online battles for the first time in the series.

The details come fresh from Famitsu‘s sticky pages, along with news that the game should hit Japan as soon as August. Dark Dragon is a remake of the 1990 NES original, which was a Japan-only release. It will boast revamped artwork and new characters, along with a Weapon Rank system that replaces the old Weapon Skill system.

As to be expected, developer Intelligent Systems will use both of the DS’ screens and stylus controls. The online mode lets you take five characters from your single-player game to face off against other players.

Fire Emblem fans have a lot to look forward to, it seems.