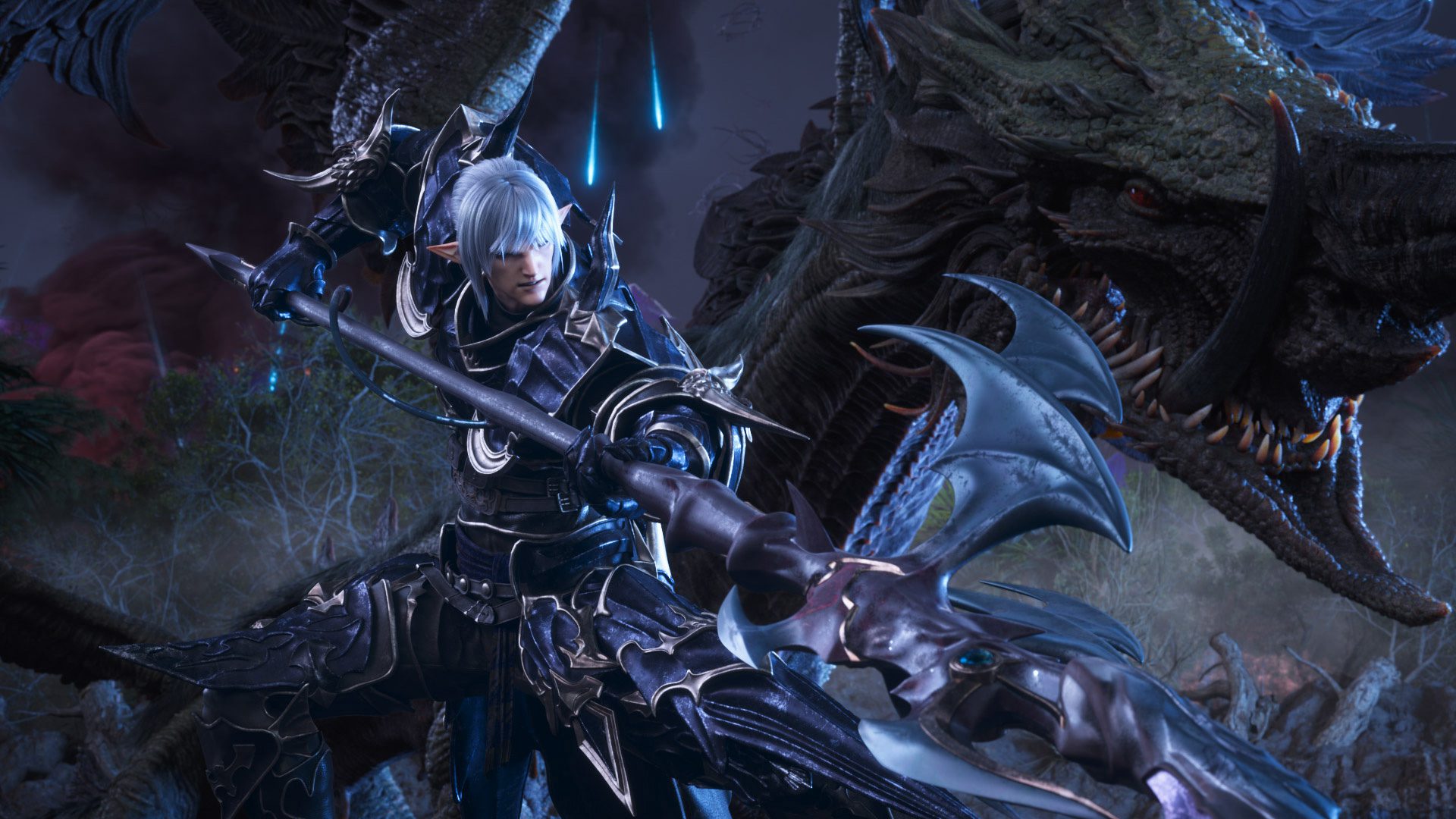 We’re just one week away from the launch of Final Fantasy XIV’s latest expansion, Endwalker, which brings forth the culmination of ten years of storytelling with gorgeous new zones, immersive quests, epic dungeons, raids, and more! As we gear up for its launch, we’re sharing some last-minute advice and suggestions for sprouts and veterans alike. Here’s everything you’ll want to get done to prepare for the full release of Endwalker on Tuesday, December 7.

You can check how far along you are in the MSQ, and brush up on the story’s so far, by opening the Journal, clicking “Complete” and selecting the “Main Scenario (Shadowbringers)” button. The next quest you’ll need to complete is featured at the top right corner of the UI. Clicking on the quest’s name will pop up a map of your next objective. On the map, Main Story Quests will feature an icon with the familiar flames of the Final Fantasy XIV logo. The final quest in the Post-Shadowbringers Main Story Quest is “Death Unto Dawn.”

Shadowbringers introduced a new type of quest, called Role Quests, which replaced individual class quest storylines and instead offered a Main Story Quest-adjacent story experience exclusive to each of FFXIV’s roles: Tank, Healer, Melee DPS, and Ranged DPS. You will have to have completed at least one series of Role Quests to progress in Shadowbringers’ Main Story Quest. All Role Quests are unlocked in the Crystarium starting at level 70. Additional quests are unlocked along the path to level 80.

Role Quests will be making a return in Endwalker and, although they will no longer be required to progress in the Main Story Quest, you’ll likely be interested in the narrative they have to offer. For this reason, we recommend completing additional Role Quests outside of those offered to your main job. New Role Quests are split into five separate questlines rather than Shadowbringers’ four, now offering separate quest experiences for Ranged DPS and Caster DPS. As an added bonus, new Role Quests available only to players who have completed all five questlines will be added in Endwalker’s Patch 6.1. 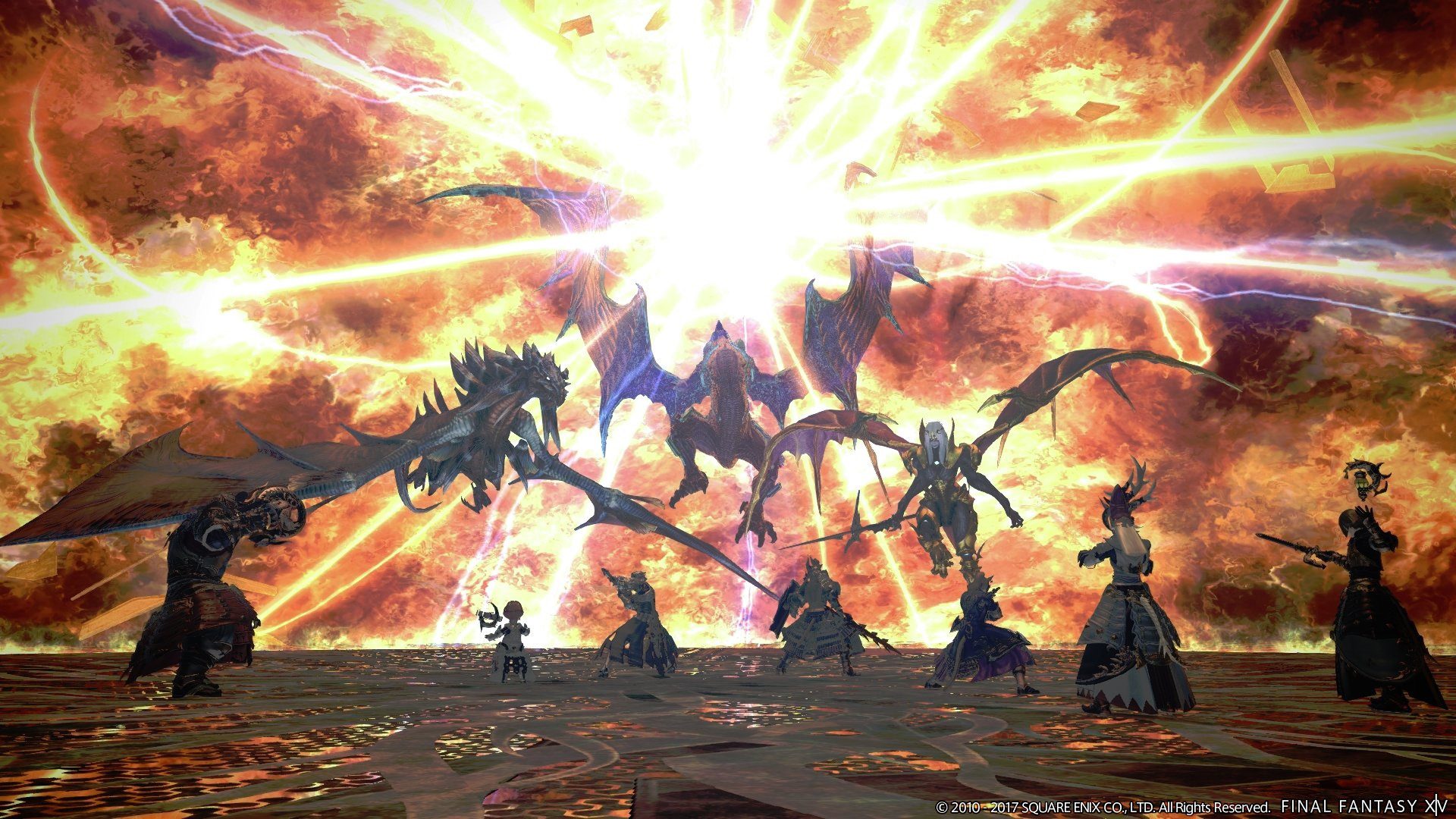 Though this latest Final Fantasy XIV expansion comes with an ominous-sounding name, don’t worry: Final Fantasy XIV isn’t going anywhere. Well, besides the moon. Endwalker is the last expansion of the Final Fantasy XIV storyline that’s been told over the past 10 years, since the game’s release in 2010, through countless quests, dungeons, and raids.

Final Fantasy XIV’s directors have confirmed that there are no existing raids that will be required to complete specific Endwalker content, unlike the return of a specific raid from A Realm Reborn and its significance in the Shadowbringers Main Story Quest. However, both Naoki “Yoshi-P” Yoshida, Final Fantasy XIV’s beloved game producer and director, and Natsuko Ishikawa, lead writer for Shadowbringers and Endwalker, have recommended that players complete some specific previous expansion raid content to gain a deeper insight into the stories surrounding and personalities of certain NPCs and to broaden the understanding of Final Fantasy’s world-building and its grand overarching story ten years in the making.

Both Yoshida and Ishikawa recommend players complete the Coils of Bahamut and Omega raids. Yoshi P also suggests that players run the entirety of the epic Alexander raid series. In a recent interview with PC Gamer, Yoshi-P noted, “If you want to play through Endwalker with a deeper insight into the characters and their thoughts, I’m sure that these raids will enable a richer game experience!”

The Coils of Bahamut

The Coils of Bahamut is a series of level 50, 8-player raids introduced in Final Fantasy XIV: A Realm Reborn. Each of the three Coils features multiple (at the time) challenging encounters. These raids are recommended as they heavily feature a storyline surrounding Alphinaud and Alisaie who, although always relevant, will be increasingly so in Endwalker as players travel to Old Sharlayan. You can unlock this questline by speaking with Urianger in the Waking Sands and accepting the quest, “Primal Awakening.”

The Alexander raids are a series of level 60, 8-player raids from the Heavensward expansion that take players deep inside the workings of a gigantic robot that appeared and promptly began absorbing as much Aether as it can from the surrounding area. As aether is necessary for essentially all life, magic, and everything in between, naturally, players have to put a stop to this. The Alexander questline is unlocked by speaking with Slowfix in Idyllshire and accepting the quest, “Disarmed.”

Finally, Omega is a series of level 70, 8-player raids introduced in Final Fantasy XIV’s Stormblood expansion. As with the Coils, the Omega raids feature many fascinating encounters focusing primarily on a storyline surrounding the deadly Omega weapon which, though defeated by the end of Stormblood, has recently made an appearance in the Endwalker trailer, teasing its relevance and a possible return in the latest expansion. The Omega questline is unlocked by speaking with Wedge in Rhalgr’s Reach and accepting the quest, “The Hunt For Omega.“ 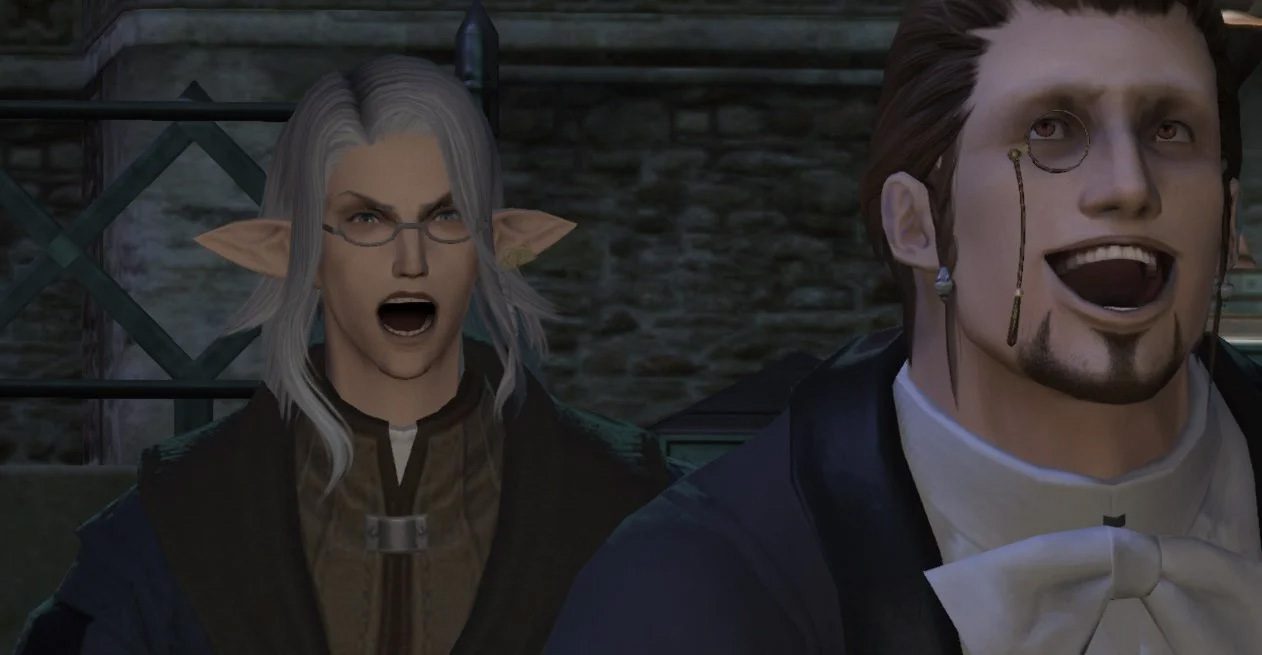 Though the popular Hildebrand quests are not known to be required to unlock any content in Endwalker, it’s generally considered an inevitability that there will be new additions to this long-running questline. Also, they’re wildly hilarious. Therefore, we recommend getting up to speed with the latest ridiculous adventures of the legendary Hildibrand Manderville and company. This questline is unlocked by speaking with Wymond in Ul’dah and accepting the quest, “The Rise and Fall of Gentlemen.”

The tidying of one’s backpack and storage prior to a new expansion has long since been an MMO rite of passage. Final Fantasy XIV is, of course, no exception to this ritual, and we recommend clearing your bags and various storage of any unneeded items.

In an effort to reduce inventory bloat in Endwalker, the decision was made to remove all High-Quality variants of gathered goods. These items will remain in your inventory and will retain the “High-Quality” tag, but will no longer have any special function when used in missions, leves, or other turn-ins. Additionally, they will no longer be able to be brought or sold on the marketboard.

In an unexpected but completely sensible announcement, belts will no longer be obtainable or equippable in Endwalker. Belts don’t have any visual when glamouring, the true endgame of Final Fantasy XIV so, presumably to further reduce inventory bloat, Square Enix has given them the boot. Belts will not be removed from player inventories, but they will essentially serve no purpose. You might as well clear them out now! It’s worth noting that you will not be able to extract Materia from belts once Endwalker hits, so if you have any belts that are fully spiritbound, you might as well dismantle them while you still can.

While often criticized for its restrictive storage availability, over the past few years Final Fantasy XIV has become a bit better about offering a variety of different storage options. Only a bit, though. To ensure you’re ready to start cramming your bags full of what Endwalker has to offer, be sure to clear not only your bags but also your Armoury Chest, Chocobo Saddlebag, and the inventories of your Retainers. For the full tidying experience, give your Armoire and Glamour Dresser a once-over, too.

For the first handful of levels into Endwalker, you’ll be obtaining gear that is of a lower item level than the current highest gear in Shadowbringers. Based on previous expansions, once you reach around level 85, you’ll be able to start increasing your item level beyond Shadowbringers’ max.

While it’s not necessary to have best-in-slot items, you’ll still likely want to go into Endwalker with some decent gear to help make leveling and completing dungeons a bit easier. Here are some recommendations for gear sets and pieces you can still easily obtain prior to Endwalker. Don’t forget that you won’t need a Belt!

If you’re planning on giving Endwalker‘s two new jobs, Reaper or Sage, a whirl, you’ll want to come prepared. While you’ll receive a set of gear upon unlocking the new jobs, you might want something a bit better to start taking on Endwalker’s content as efficiently as possible. The Reaper, Endwalker’s new DPS job, uses Maiming gear, previously useful to Lancer and Dragoon jobs. We recommend checking out our helpful guide to understand the value of each attribute on this gear. Unsurprisingly, as the new healer on the block, Sages will use Healing gear. You can learn more about the stats found on this gear in our guide to Disciple of Magic’s Attributes.

The easiest gear to obtain at this point prior to Endwalker are Augmented Scaevan items, which can be purchased from Enna in Rhalgr’s Reach in exchange for the Allagan Tomestones of Poetics currency item. While Poetics do have a cap (2000), you can earn an unlimited amount of them each week so if you’re willing to put in the leg work you’ll still be able to assemble a full set of gear (or at least some choice pieces) just in time for Endwalker. A full set of gear will require spending 4055 Poetics. 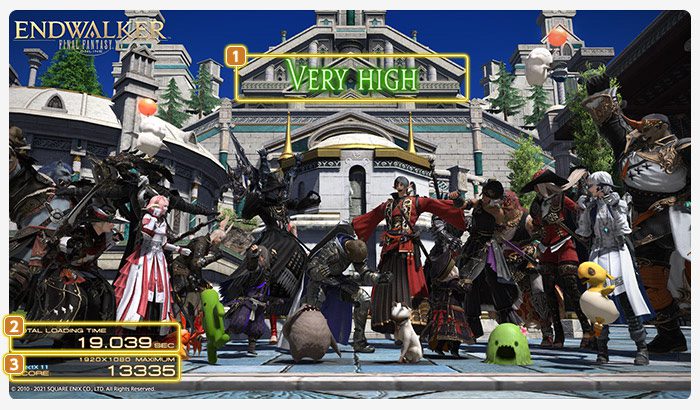 If you haven’t already, you’ll likely want to run the Endwalker benchmark software to check how well your computer will be able to run this latest expansion. You can download the benchmark from the Final Fantasy XIV website here. Once the benchmark is complete, you’ll receive a score based on your system’s performance at varying levels of in-game settings. As an added bonus, you’ll also be able to create and customize the newly added Male Viera then load this data into Endwalker‘s character creator at launch!

Prepare to rock out

Finally, here’s our suggestion of one of the most important tasks you should complete prior to the launch of Final Fantasy XIV’s Endwalker expansion. We recommend you begin drafting letters of apology to your neighbors, especially if you live in apartments, so you’re ready to address the inevitable noise complaints you’ll receive because you’re definitely going to want to blast Endwalker’s soundtrack at unspeakable volume levels. Maybe include some treats as a peace offering. Or, maybe, let the expansion’s killer tracks be ear candy of their own.

The sound production in ENDWALKER has been the largest ever. We've gone through hell again, but I'm sure you'll all enjoy the content!
Plz turn up the sound volume a little louder than usual and SUPER enjoy!#FFXIV pic.twitter.com/ZrGwk5BSv3

[Icy Veins is also a part of the Enthusiast Gaming network.]