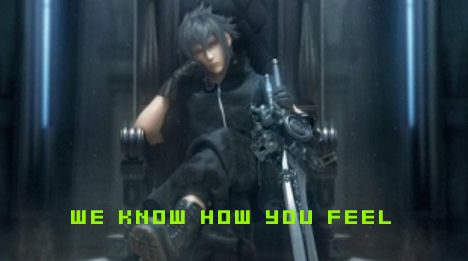 The Fabula Nova compilation is apparently having some teething problems, and with FFXIII being Squeenix’s number-one priority, resources are going from Versus into the main game. The team will still be producing artwork for Versus in the meantime.

The mobile phone installment of the compilation, Final Fantasy Agito XIII, is in early development stages and is said to have a considerably large background history written entirely by Hajime Tabata.

As for the project as a whole, new announcements at E3 seem unlikely, with Square’s DKΣ3713 party on the way. PS3 fans will just have to keep enjoying Guns of the Patriots while we wait for more info.