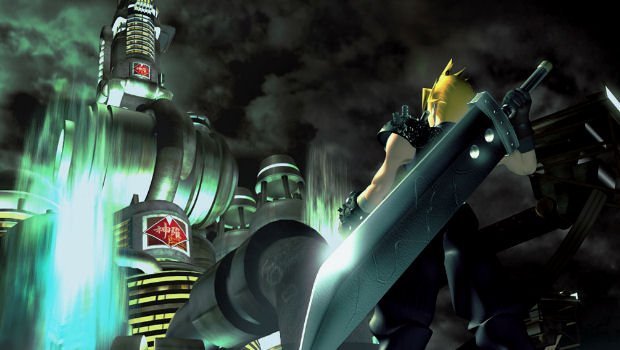 Final Fantasy VII is, without a doubt, the most influential and well known game in the Final Fantasy series. It’s hardly surprising, then, that there’s an army of detractors who have set out to diminish it. After all, if something is popular, it must be terrible.

Whenever something becomes too popular, the same old word is trotted out — overrated. Whenever you bring up Final Fantasy VII, it is inevitable that the “O” word will rear its ugly head in due time.

Is Final Fantasy VII overrated, or are people just lashing out at it due to its popularity? Personally, I think it deserves all the praise it gets. 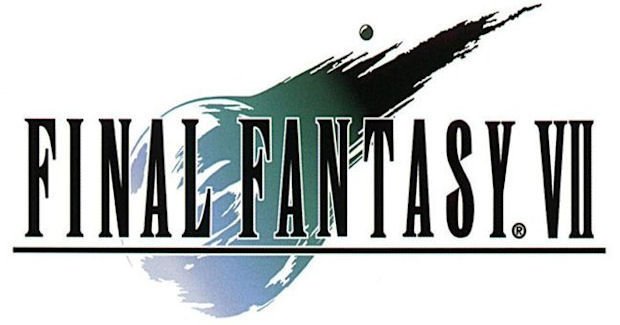 To say something is overrated is to say that it does not deserve its critical success and that those who remember it fondly are injecting their memories with a little too much fondness. Oftentimes, I find the term “overrated” an arrogant one, as you’re implying somebody else should tone down their appreciation of something because you don’t care for it. Much of the time, I think the term betrays intellectual cowardice, as some people just want to say that they dislike a game but use “overrated” to dress it up and artificially make their personal opinion look like part of an objective, factual statement.

With Final Fantasy VII, I’ve seen many debates over the years regarding its status, but I’ve rarely — if ever — seen a convincing argument that it hasn’t earned its place as one of the most influential videogames of all time. In fact, it’s usually somebody just complaining that the game is “shit” without offering much in the way of valid debate. 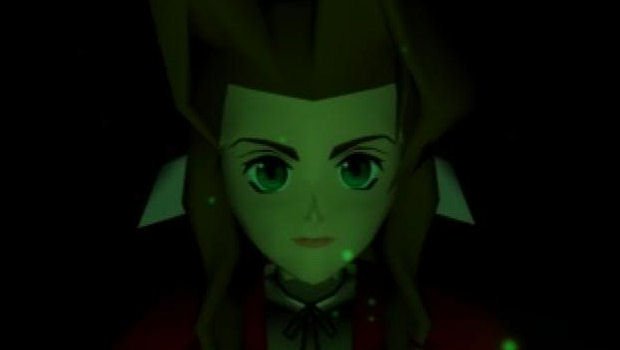 Final Fantasy VII is, for many gamers, the first Final Fantasy they were introduced to. Like it or not, this game became an ambassador not just for Final Fantasy, but for the entire genre of Japanese role-playing games. I was one of those people for whom Final Fantasy VII represented a new style of gaming. Earlier or later games in the series might have ended up more highly regarded by players such as I, but for a first exposure, VII became an incredibly important game.

If there’s one thing not even the most ardent detractor can deny, it’s Final Fantasy VII‘s impact and legacy. It was this game that made the Final Fantasy series overseas, and carved out a whole new international market for Japanese role-playing games. This is especially true in Europe, where VII was the first Final Fantasy game to ever be released.

As a gamer who grew up in Europe, I cannot state enough just what an influence Final Fantasy VII had. This game caused me to look at videogames with a whole new respect — it made me think of games not just as fun distractions, but as potentially superior ways of delivering a story. I was able to comprehend a sense of immersion and narrative ambition that I just hadn’t seen in any form of entertainment before — a journey across an entire world that the audience itself could get lost in. Such concepts are taken for granted now, and often shunned as gamers grow up and don’t have enough spare time for a huge role-playing world. In 1997, however, as a teenager who until that point thought Eternal Champions boasted a deep story, Final Fantasy VII‘s concepts were a revelation. 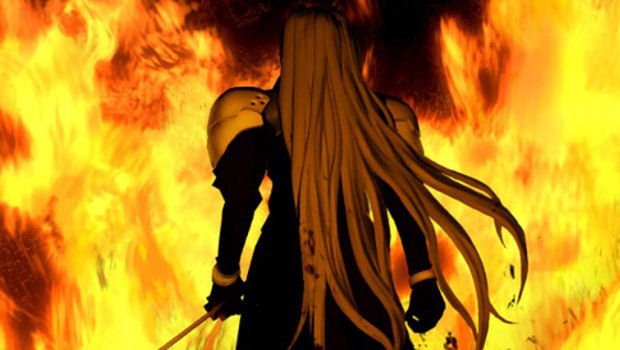 It’s true that Final Fantasy VII‘s story isn’t perfect, with a few ludicrous concepts and some silly dialog, but I will proudly say that I still enjoy it with no issue at all. It runs the gamut of emotions, with inspiring moments such as the big parachuting return to Midgar, tragic scenarios such as the story of Dyne, comedic elements provided by characters like Barret and Cait Sith, a number of mind-bending plot twists and even a few scenes that could be described as horror. Final Fantasy VII is made up of incredible “moments,” those scenes that endure in the mind, where the mere mention of them will instantly evoke a mental picture without further description — I can simply stay “Shinra Building motorcycle,” and I am confident that many people will get the exact same image in their head, with the appropriate music.

The range of characters are some of the most diverse in videogame history, and each one comes with its own unique history and important development. Cloud Strife, who goes from cocky jerkass to shattered personality and finally redeemed hero, is an engaging protagonist whose identity crisis is almost torturous to watch. Barret starts the game as comic relief, but as you learn more about what he went through, the emotional burden he carries on his shoulders, and his reasoning for rebelling against the Shinra corporation, he becomes one of the most endearing personalities in the game. Even Cait Sith, the silly robot cat, has his own story to tell, and comes to represent a man in a powerless position, attempting to change his own life as well as save others.

Final Fantasy VII didn’t just throw a bunch of one-dimensional stereotypes at the player — very obvious care and attention went into crafting a memorable personality out of each cast member, and that is why they’re so memorable today. I can’t name half the characters in Final Fantasy XIII anymore, but I can rattle off Cloud Strife, Tifa Lockhart, Barret Wallace, Aeris/Aerith Gainsborough, Red XIII, Cait Sith, Vincent Valentine, Yuffie and Cid Highwind without much effort at all. 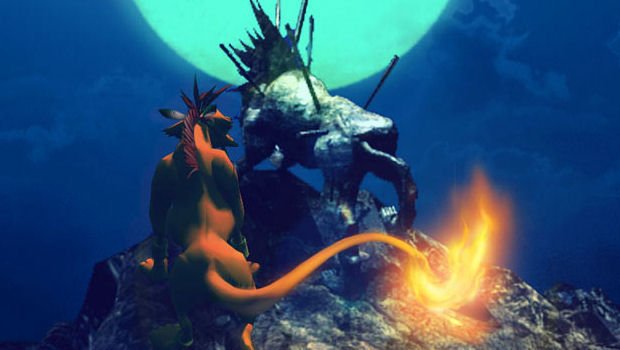 Sure, stories have come along in games that I’ve found to be superior, but that doesn’t mean VII hasn’t earned its praise. For a game to present so many concepts and run the player through so many emotions isn’t a small feat. I feel Final Fantasy VII hit a range of feelings and a variety of concepts that no other game has managed before or since — it might not have hit all of them perfectly, but when you truly stand back and look at what the game accomplished narratively, from beginning to end, it’s hard not to be impressed.

As a game, VII is also to be credited with popularizing and refining turn-based combat. Many people have turned against the idea of random encounters and turn-based battles, with even Square Enix refusing to stick to the concept, but I feel the notion still has a place in videogames, and that Final Fantasy VII provided the best delivery. As well as superb Active Time Battle combat, VII also brought us the Materia system — a compelling method of gaining new abilities by equipping and mastering them. This allowed for far greater player control over a party’s combat prowess, and added in tons of gameplay as players would hunt for rare Materia and work on strengthening it.

As well as the epic main story, Final Fantasy VII ought to be praised for some of the best secrets and sidequests to be found in a role-playing game. Chief among them, of course, is the Chocobo breeding that could end up just as engaging and time-consuming as the “real” game. Yes, I spent far more of my life than I should have done embarking on a quest to breed the Gold Chocobo, but I did it, and I had a blast the whole way. Don’t get me started on the Gold Saucer — a veritable time vampire whose wealth of minigames is so famous that casinos and fairgrounds in other role-playing games are often regarded as “Gold Saucer areas.” 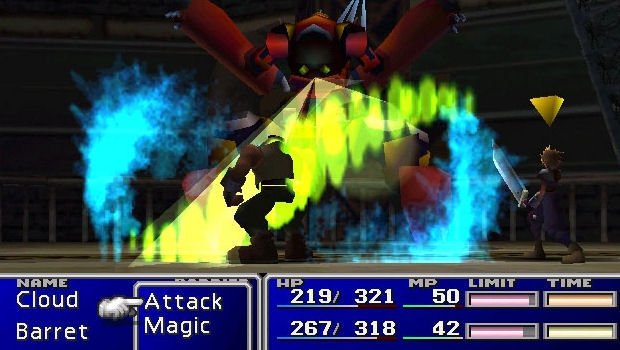 One must also mention the Weapons, a series of optional boss encounters that still live on as some of the most infuriating bastards to ever be encountered in a game. Over the years, the tactics for facing these monstrosities have been refined and passed among the populace, but back in the day, the name of Emerald Weapon evoked fear and respect. As with the Chocobo rearing, these battles became games almost in and of themselves. Players would dedicate their time not to beating the main quest, but to becoming strong enough to take down these beasts and earn the precious, delicious bragging rights. Again, other games have had optional bosses, but few had their defeat become a life goal for so many gamers.

Sidequests of such a lengthy and compelling nature have fallen by the wayside in modern times, as games grow shorter and budgets become too bloated for extra content. VII arrived at just the right time, and as such, still boasts far more to discover and enjoy than most role-playing games developed today. Not even its fellow PlayStation titles, VIII and IX, had a world map so bursting with as many secret areas, optional bosses and time-draining sub-games. 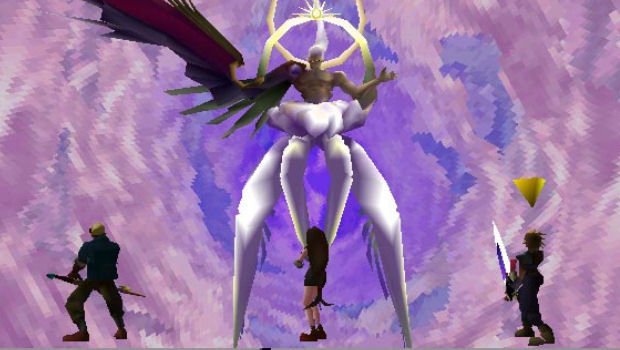 I’m not saying you have to like any of this. Nobody has to like Final Fantasy VII for its achievements. What I’m saying is that those who do like the game and appreciate the many things it did — both on a personal level and a cultural one — are utterly, utterly right in doing so. This game means so much to so many people not because they’re overrating it, but because it truly was a revelation at the time and boasts an experience that still holds up today. Final Fantasy VII was downloaded over 100,000 times within the first two weeks of its PlayStation Network launch — there are just that many people out there who can still enjoy themselves with this game, over a decade since it first appeared.

That’s why it is not overrated. It earned the right to be loved.