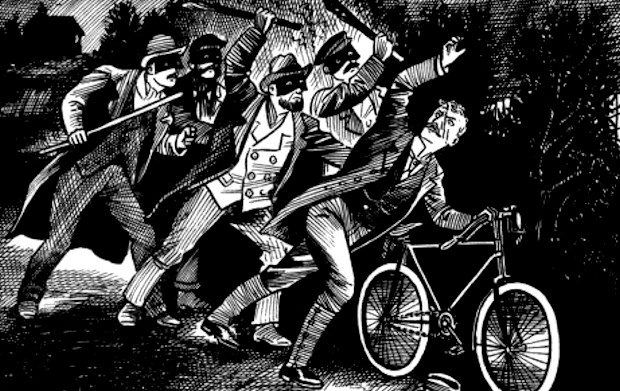 Digital distribution is an inevitability. The popularity of Xbox Live Arcade and the arrival of the PSPgo herald an age where physical media is no longer required and gamers can get the titles they want delivered straight to their console of choice in minutes. The digital age is coming, and that’s something we have to get used to.

It’s something I’ve actually been looking forward to. The PSP’s potential as a download platform excited me for many months, to the point where I grew impatient waiting for that potential to be realized. With the PlayStation Store offering more and more PSP games, not to mention the arrival of PSP Minis, we’re getting one step closer to a time where discs and retail chains are out of the equation, and publishers take full control of the market.

I was once a proponent of the digital age, but that age has not even happened yet, and between them Sony and Microsoft have already made me dread what’s to come. Their actions in the field of downloadable gaming lately have made me worry about what’s in store for gamers when they no longer have alternative means of obtaining games, and publishers get to pull every string in the market.

I don’t like the glimpse of the future that Microsoft and Sony have shown me, and I now worry that the digital age of gaming will be a dark age for consumers. Read on to find out why.

Microsoft’s announcement of Games on Demand was a bold step, a significant leap toward the digital age. Full retail games are now available for download, direct to the Xbox 360’s hard-drive. In terms of console gaming, this is absolutely huge, and its impact on the future of the industry cannot be denied. Freedom from the shackles of GameStop are already within the industry’s grasp, all it needs now is for mainstream consumers to catch up. However, while Games on Demand looks good for Microsoft and third party publishers, it doesn’t look too good for the customers.

Despite the lack of physical production, packaging and shipping costs, you can still buy most Games on Demand titles for cheaper at a brick-and-mortar retail store. What’s worse, some territories like Australia have to pay over and above the RRP, with Mass Effect controversially being sold for $100. Essentially, gamers are expected to pay more money for less content. Publishers make the same amount of cash they always did, but expenses are decreased, subsidized by gamers gullible enough to download a game instead of buy it at a store for less.

Sony is pulling a similar move. The PSPgo looked incredibly promising as a download-only platform, but the recent confirmation that PSP games will cost the same whether they are a UMD or a download has diminished the potential of the system drastically. As with Games on Demand, costs are reduced while the amount of money charged is identical. It’ll cost $39.99 for both Gran Turismo and Persona, regardless of whether you’re buying a nicely packaged UMD or downloading a simple file.

In a way, the PSP situation is worse than Games on Demand, because those buying a PSPgo will have no choice whatsoever, unless they keep an older model of the system lying around. Sony wants to push the PSP primarily as a digital platform, but if it can’t offer a reduced price, what real incentive is there for customers? Convenience? Paying $39.99 for a file is not worth it for sheer “convenience” alone, especially with the automatic refusal of refunds and lack of ability to trade the game in, should the $39.99 get spent on a bad game.

What’s worse, something like Persona has a special edition UMD set, that comes with fancy packaging and a bonus soundtrack. You can actually buy the special edition for $36.99 on Amazon, making it cheaper than the downloadable file, which comes to you with nothing. How exactly can one justify releasing special editions of games that can be bought for cheaper than a game that doesn’t even have a box? The simple answer is that Sony doesn’t have to justify it, because Sony is in control.

This is the major problem with digital distribution. The consumer will lose any sense of power and control, while publishers will gain total domination with no accountability whatsoever. Having eliminated the used game market and binding its consumers to EULAs that refuse refunds or any sense of recompense should games be buggy or simply sub-standard, the industry will have carte blanché to act as it pleases, regardless of the harm it will cause to consumers.

The market will no longer determine price. The publishers will. And who’s to say that when publishers attain full control of the gaming market, they won’t raise prices even higher? Activision is already trying that at retail of all things, and CEO Bobby Kotick has publicly expressed his desire to hike up costs if he could. You think he’s the only CEO who desires that? They all desire that, they just don’t have the gall to admit it. When digital distribution finally becomes the primary way of purchasing games, price hikes could be instigated without retribution. The games industry will set its own price at whim, and without any more alternatives, consumers will have no choice but to pay whatever they’re told to pay or simply stop buying games altogether.

It all sounds very dramatic and I’m making myself look like a prophet of doom. However, Sony and Microsoft have already made steps toward proving that this potential future could happen. They’ve already revealed their hand and shown us how they will act when they have total market control. They will act with impunity, and damn the customer in the process. Just look at how Microsoft raised the price of Braid and Castle Crashers, allegedly without the blessing of the developers themselves, just because the games were popular and consumers, at the time, had no choice over where to buy them. XBLA was the only place to get these games, so Microsoft charged what it wanted. If you don’t think Microsoft won’t charge what it wants when we no longer have retail games, then you have are a more innocent and optimistic man than I’ll ever be.

I am not going to state that this is anything more than a possible future. It’s something that might happen, not something that will happen, and is merely an outlook based upon the current situation. One potential theory for the high cost of digital games at the moment is that Sony and Microsoft are afraid of angering GameStop by undercutting their prices. Perhaps when GameStop is out of the equation, prices can be safely lowered. But then, who’s to say that Sony and Microsoft won’t just keep prices that away, if consumers are shown as willing to pay that much.

After all, if you knew someone was willing to give you ten bucks, why would you ask for only five?

Fortunately, there are some publishers already offering digital distribution that aren’t planning to gouge us any time soon. Valve has won many dedicated fans thanks to Steam, a reasonably priced digital distribution model on PC that constantly offers deals and rewards customer loyalty on a regular basis. This is definitely the example that Microsoft and Sony should be following, but I fear that they won’t. I worry that instead, they will act with arrogance, knowing that console gamers have no alternative. They have already set this precedent.

Whatever the future holds, it’s a while away yet. The mainstream market is so slow to embrace technology that physical media will be required for quite some time. However, my disappointment with Microsoft and Sony over their shameless downloadable offerings leaves a bitter taste, and where I once was excited for services like Games on Demand and the PSPgo’s digital offerings, I am now wary, and a little bit worried, over what this means for the consumer.Right now, we have options. We have choices. We have recourse if we are dissatisifed with a videogame. Refunds exist. Trade-ins exist. Prices drop. All of these things, all the weapons we have as consumers to protect our own interests will vanish, and every last card will be in the industry’s hand. We’ll be at the mercy of companies who do not believe in mercy.

Many publishers have proven over the years that if they feel they can get away with something, they will do it. Publishers don’t care about how the consumer feels, especially if they know the consumer has no choice.  The digital age will offer these companies the freedom to get away with practically anything, and I sincerely hope that their newfound freedom to act capriciously will not be acted upon.

Things could go several ways, but in the most likely possible futures, all I can foresee is our wallets getting raped. This is a new age that I should be excited about, not fearful of. The fact that I fear what could be a brilliant new era of gaming is criminal.