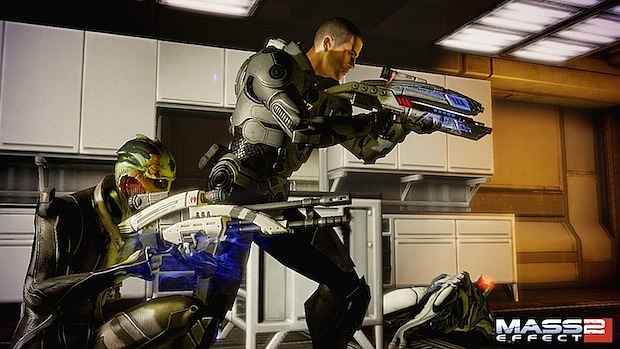 The collective BioWare brain is an information sponge. As explained by Greg Zeschuk in a recent interview with Gamasutra, the studio learns something new with each release. That knowledge isn’t just collected from critics, retailers or some in-house thing. It comes from fans, too. According to the BioWare head honcho, Mass Effect fan feedback is making Mass Effect 2 a better game.

“I would say we always learn,” Zeschuk said. “We always make our games in a way where we’re sure there’s always something to learn from. Even with some of the peripheral releases, we try to take back information. That’s one thing about our culture that’s very active. Everything we do is a learning experience.”

On the subject of fan feedback, we have a small-ish list of desires for the ME 2 that we believe will not only set it apart from the original, but also make it a better game. The list is as follows: (1) dragons, (2) more toads with attitude, (3) small helicopters, (4) an opportunity to let Kaidan die again, and finally, (5) large helicopters.