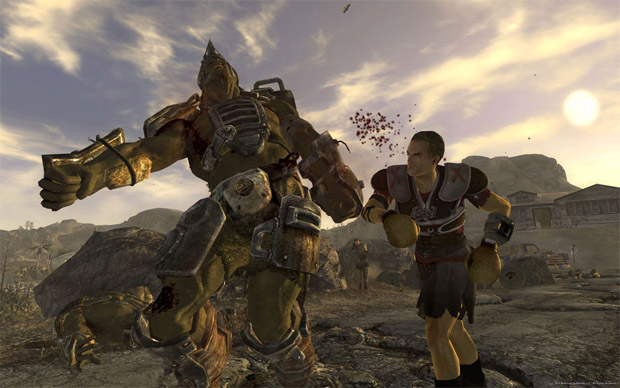 Yes! Finally! The megapatch for Fallout: New Vegas we’ve all been desperately awaiting is now available for PlayStation 3 owners. For those playing on Steam or Xbox 360, the same patch is expected to go live early next week. Here are the so-called “top fixes”:

The fixes for specific quests and game mechanics/areas are listed on the Bethesda Blog. Basically, much of the content in New Vegas is being tweaked in some way. As someone who is about to do a Hardcore mode run, the mere promise of not having to un-glitch my companions every twenty minutes is overwhelming.