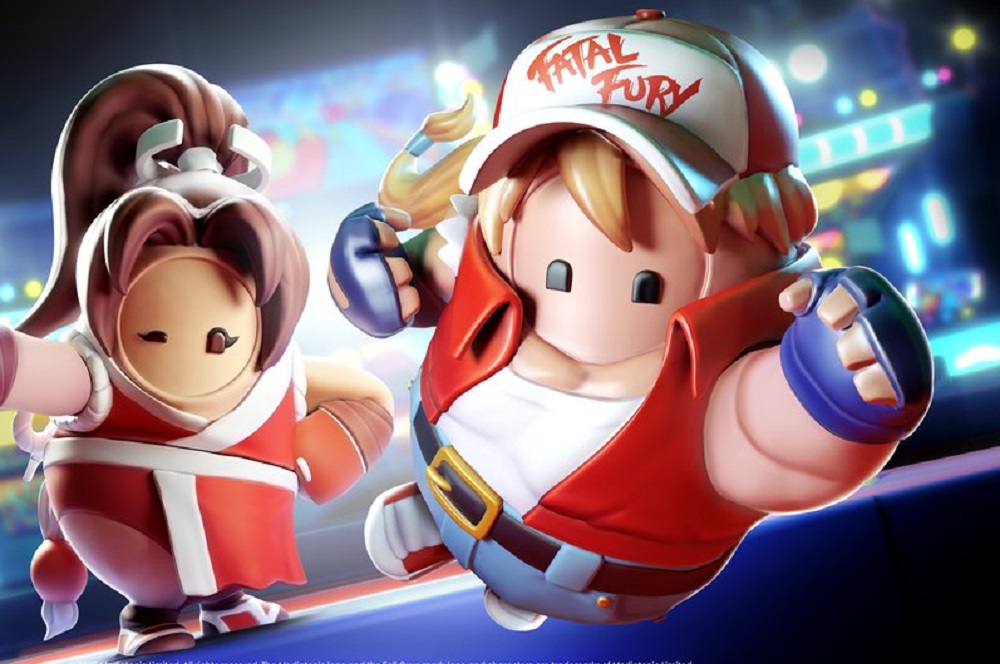 ARE YOU OKAY? No, really.

Mediatonic has revealed the newest collaboration for its madcap battle royale title Fall Guys — SNK superstars Terry Bogard and Mai Shiranui from hit slugfest The King of Fighters have had their finely tuned anatomies squished into bizarre bean form, and are coming to the free-to-play title this week.

Mai and Terry, who first found fame in the legendary one-on-one fighter Fatal Fury, have been faithfully recreated in their iconic wardrobe. Mai is rocking her notoriously revealing kunoichi gear while Terry is keeping the spirit of ’91 alive in his denim jeans, sleeveless jacket, and famous baseball cap. I mean, they’re certainly faithful recreations, but Good Lord they both look pretty durn weird.

hey you!!! Terry and Mai enter the Blunderdome very soon, you won't want to miss this battle!! pic.twitter.com/AcKslG0GwY

In addition to the new skins, Fall Guys fans will be available to purchase a “Shiranui Style of Ninja Arts” nameplate and Terry’s famous “C’mon” C’mon!” taunt/emote. The King of Fighters content will be made available in-store between August 4-8 on all platforms, so be sure to move fast if you wanna be Buster Wolfing your way through hundreds of other beans — all embarking on the quest for the coveted crown. Expecting a lot of tumbling, rolling, falling, and slapstick buffoonery en route.

Fall Guys — which recently went free-to-play on all platforms — is currently seeing something of a resurgence in popularity, hitting an impressive milestone of 50 million players just last month. You can check out the simple but surprisingly moreish multiplayer title for yourself right now on PlayStation, PC, Xbox, and Nintendo Switch platforms.