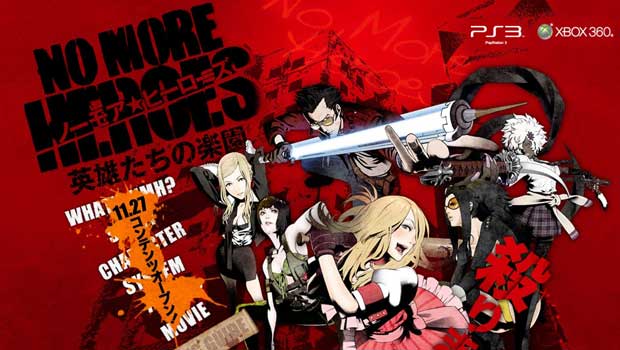 I can’t hear you guys over all of the shouting about the reveal of No More Heroes: Hero’s Paradise for the Xbox 360 and PlayStation 3. This updated version of the once-Wii-exclusive was announced recently for release in Japan, featuring updated high definition graphics and set for release as early as February.

Bad news, though — looks like it doesn’t have a US publisher in Ubisoft, who will publishing No More Heroes 2: Desperate Struggle for the Wii in 2010.

“Ubisoft will not be publishing either of these versions,” a company spokesperson told G4 in regards to the updated PS3 and Xbox 360 versions of the original.

Sad news, indeed. That doesn’t mean, however, that it won’t be coming to North America. Another publisher — one that likes gamers, I’d imagine — may pick it up. Cross your fingers.

Filed under... #No More Heroes#Ubisoft