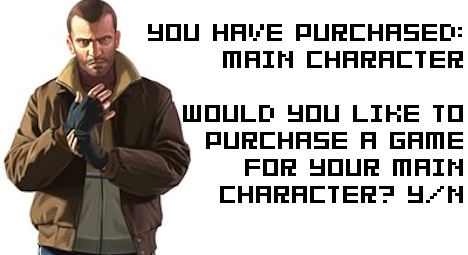 The warning lights are blinking, and that can mean only one thing — another publisher is saying some very worrying things about how the digital age can help them nickel n’ dime consumers. Take-Two is doing the honors, suggesting that its “triple A titles” could go the way of the MMO.

After chatting bollocks about how great downloadable content is at the BMO Capital Market’s conference, T2 CEO Strauss Zelnick moved onto what he called the “Holy Grail” — the MMO model that publishers have pathetically tried to grasp at without realizing that they’ll never make as much money off it as Blizzard.

“The holy grail is taking a business, already a very large and successful business that’s focused on packaged goods that you sell once and then are occasionally resold by others with new benefit to us, and turning that into a subscription business or a semi subscription business where we have an ongoing relationship with consumers, giving them products that they want,” Zelnick explained. “Who’s better positioned to do that than the company that has the top franchises?

“It’s our view that you won’t be able to apply a subscription model to mid-tier titles. The triple A titles that people really want to have that are really must have are in the best position for this business model.”

The triple A titles? We heard suggestions of a Bioshock MMO once before, and it seems Zelnick and pals are still hypnotized by the lure of subscription-based gaming. Could we be seeing incremental, sustained payment models for BioShock and Grand Theft Auto in the future? As I say, those warning lights are blinking.