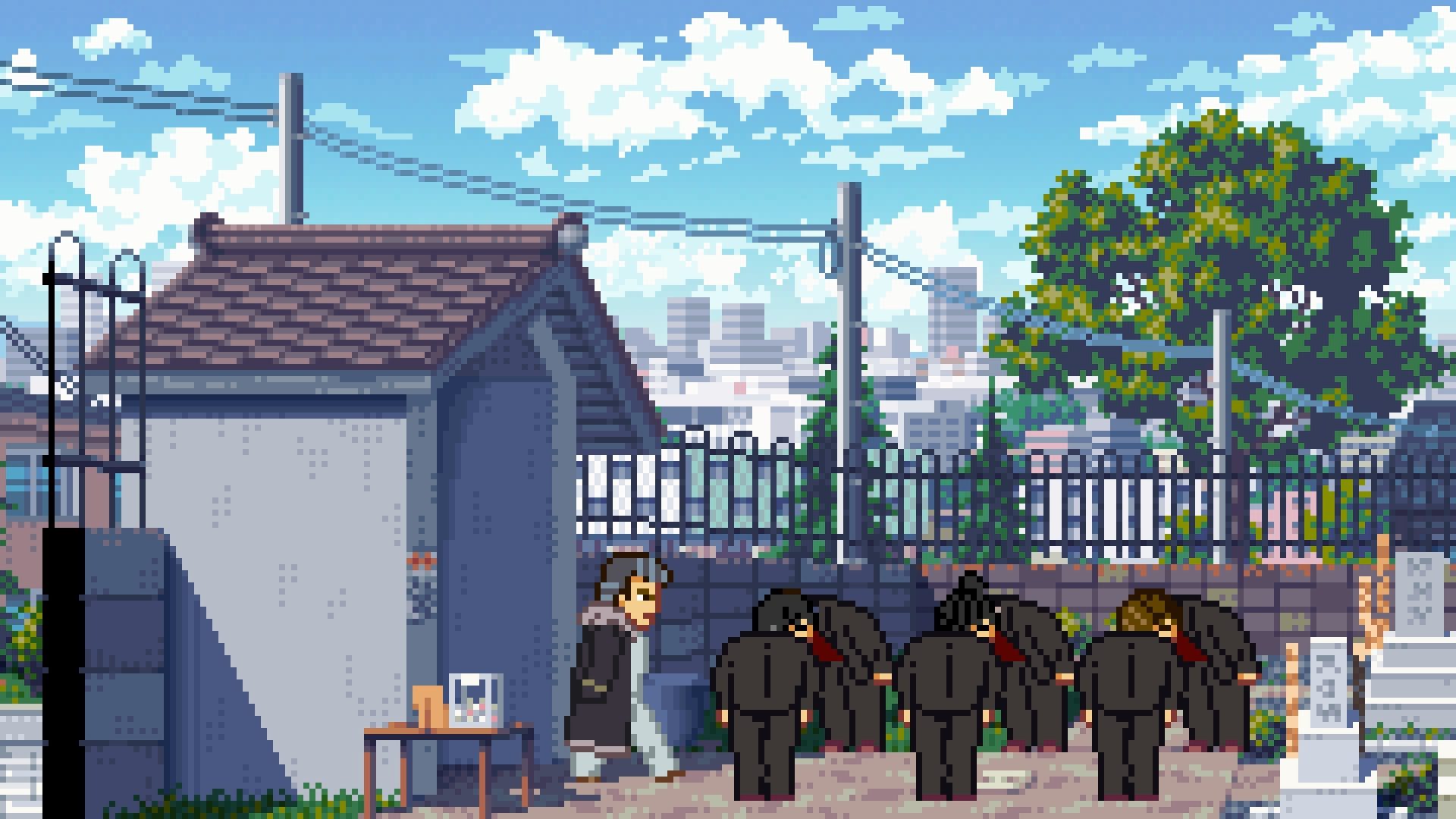 The story of an aging yakuza

Sometimes, just a few screenshots or a GIF alone can make you stop and say “dang, I need to check this out.” I feel like I’ve done that a dozen times with developer Yeo’s previous games, The Friends of Ringo Ishikawa and Arrest of a Stone Buddha, and now, I’ll be doing it all over again with Fading Afternoon.

Yeo recently announced their next game, Fading Afternoon, with a brand-new trailer. While it’s currently aiming to launch for PC sometime in 2022, the trailer alone sets the mood pretty well.

Rather than playing as a school delinquent or a professional hitman, Fading Afternoon is about Seiji Maruyama, a middle-aged yakuza recently released from jail. Known as “Gozuki,” Maruyama has some prestige, but he’s also not getting any younger.

According to the Steam listing for Fading Afternoon, it will have multiple endings, a city to explore, and mini-games to play, as well as the beat ’em up action you’re probably expecting. There’s also just a look to these games that Yeo has been gradually honing; the gorgeous backdrops and sprites reminiscent of River City Ransom is a style that always manages to catch my eye.

I’m looking forward to seeing where this goes once 2022 rolls around. In the meantime, I think I might finally put some time into Ringo Ishikawa.