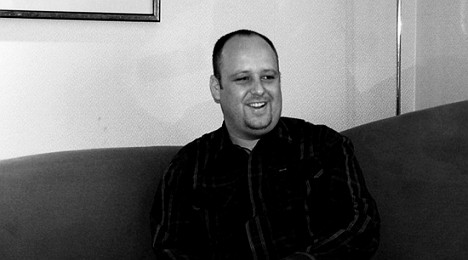 By now, you’ve surely heard of the record-breaking sales performance of Rockstar’s gangster opus, Grand Theft Auto IV. According to a Take-Two press release, GTA IV set new records for sales in not only the videogame industry, but across the entire entertainment spectrum as well. Within the first 24 hours of its release at midnight on Tuesday, April 29th, approximately 3.6 million copies were sold worldwide, which amounts to about $310 million. First-week sales totaled an absurd six million copies, bringing in over half a billion dollars.

However, all is not rosy in Rockstar’s world. The first week after launch was marred by widespread reports of problems with joining multiplayer games on the PS3 version (which were remedied by a patch released yesterday), as well as persistent lockup issues on both consoles. Of course, the mainstream media and parents’ groups have a had a field day this past week, repeatedly calling for Strauss Zelnick’s head, among others, along with such things as government involvement to “save the chilluns”.

Regardless, gamers around the world have been playing GTA IV like there’s no tomorrow; it displaced Call of Duty 4 as the most-played game on Xbox Live, and over two million achievements were unlocked on the first day. Accordingly, GTA IV is a major part of Microsoft’s Xbox 360 marketing push in 2008; in fact, there was a 54% jump in 360 console sales last week. But like a freight train, Sony’s black beast has slowly been gaining steam, and the greater part of the year is still left for an epic battle of light versus dark.

As always, we’re looking for some deeper meaning in all this, such as the viewpoint of an industry higher-up. To that end, Destructoid was able to secure an exclusive interview with Aaron Greenberg, Director of Product Management for Xbox 360 and Xbox Live. He gave us his thoughts on GTA IV’s performance at the cash register and online, along with some perspective and confidence regarding the console wars. Hit the jump to check it out. 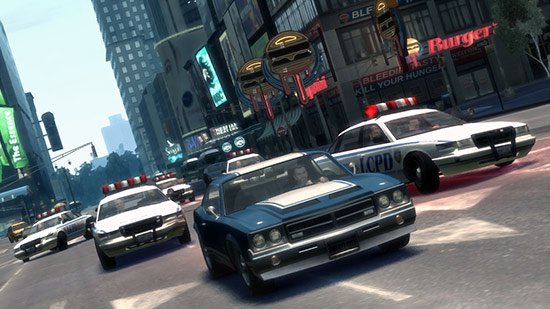 Destructoid: According to Take-Two, GTA IV has set new records for entertainment sales with over 6 million copies sold in the first week (totaling over $500 million) and 3.6 million units moved in the first 24 hours (approximately $310 million). This is, of course, a new record for videogames (beating Halo 3’s first-week sales of $300 million). But more significantly, it far surpasses the film industry as well — the highest-grossing week for a film came from Pirates of the Caribbean: At World’s End ($401 million worldwide). Going forward, what do you think this means for the videogame industry?

Aaron Greenberg: Sales of “Grand Theft Auto IV” have been nothing short of incredible, even for a game with such high expectations, I think we are all stunned to see that it sold 6 million units in the first week. From the Xbox perspective, this is exactly the kind of response we were hoping for because not only is the game selling well, but it is driving console sales at retail much like Halo 3 did for us last holiday. Our actual sell-through data from last week is showing that Xbox 360 sales had a 54% lift in sales week over week and we are hearing that four out of every 10 consoles sold left the store with a copy of GTA IV. This is not only good for us, but a good sign for the games industry as a whole. With all the news today about the weakening economy and high gas prices, video gaming is now looking more and more like a great entertainment value for many gamers and families alike.

The holiday season Xbox Live outages angered a lot of people, and Microsoft eventually gave away Undertow to make up for the problems. Could you speak a bit about efforts to shore up Live in anticipation of the GTA IV release to prevent those kinds of systemic issues from happening again?

Well first I really want to recognize the Xbox Operations Team that has done amazing work behind the scenes to make sure that we were ready for the biggest game launch of the year. This team has been working behind the scenes 24/7 to make sure that we had the right incremental capacity and proper infrastructure in place for the launch of GTA IV. I am happy to report that despite the record volume on the service and ton of new accounts created these guys did fantastic work making sure that the service just worked when you turned on your console and that you could find your friends and access the now over 17,000 items available on the service. The great thing is that all of the work this team has done to add servers, balance capacity and frankly test the hell out of the network has set us up nicely for the rest of the year. 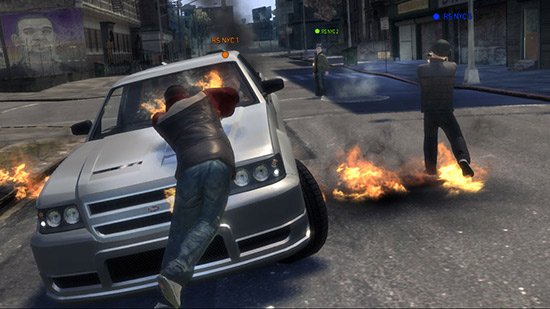 Well, whatever you guys did, it appears to be working — most reports mention that the GTA IV online multiplayer experience is smooth on Live, while PlayStation 3 users have been having numerous issues getting into games. Have you had any problems with playing GTA IV, either online or offline?

Thanks and yes we have been really pleased with the performance of the game both online and offline, I mean look at the reviews, GTA IV is now the highest-rated game ever on Xbox 360 with a Metacritic scrore of 99 out of 100. The only issue I am currently having with the game is trying to get that damn ‘One Man Army’ Achievement, how the hell are you supposed to avoid the cops for 5 minutes, especially the way I drive? But wow, how about that multiplayer, is it just me or did Rockstar really up the bar here for a game like this? Frankly, I cannot wait to see what they have up their sleeves for the downloadable episodes coming to Xbox 360 this fall. However, as you noted, I do feel bad for the PS3 owners who have not been able to experience the multiplayer component of the game, we realize that those guys are gamers just like the rest of us and not being able to get online and play with your friends sucks. It is kind of funny because we have been asked by a number of partners if there was a way we would license Xbox LIVE to other platforms to ensure a great online experience in every game.

The upcoming 360-exclusive downloadable content for GTA IV is a big selling point for many 360 owners. But many people aren’t concerned about that at this point, choosing instead to focus on the extensive single-player and multiplayer experiences on the disc. Do you feel as if the DLC is something that doesn’t matter as much because what’s already there is so massive, or are you excited for its release later this year?

I think GTA IV gives consumers a lot to enjoy right now, from the missions to the massive open world of Liberty City to the multiplayer modes including co-op, you get a lot of game for your money. But remember that our industry is very seasonal and 70% of console sales come in the second half of the year, so I think it is reasonable to expect that GTA IV will likely be a top-selling title even this holiday for new Xbox owners. So when you think about that and the fact that we will be the only place you can get the exclusive episodes, our story in the second half of the year is going to be really strong. 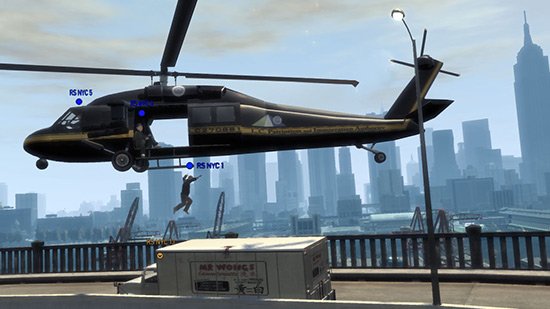 Bundling a free month of Xbox Live Gold with GTA IV was a wise move, but since it’s rather rare for Microsoft to do that with any game, could you speak of the specific reasons behind the decision to do it with GTA IV? Were you anticipating that many people who bought GTA IV would become new Live subscribers?

We knew that GTA was the type of game that would drive a lot of new consumers into the market. We also knew that a lot of those GTA fans would be upgrading to this generation from the PS2 and we wanted to make it as easy as possible for them to get online and get the complete Xbox LIVE and GTA experience. The other nice thing is that this also means we are giving current gold members an extra free month on us. The initial results shows that this worked pretty well with over 2.3 million people playing the game on LIVE in the first week alone.

Assuming you’ve been playing GTA IV, how far along are you, and what’s your personal opinion of the game?

I think the game is incredible, I am playing both online and offline every single moment I have and have not played a single other game since it launched. I would give it an 11 out of 10 if you ask me. 😉 On that note, I have to give you guys some credit for the awesome GTA IV write-up that Ron did, he nailed it and we all had a good laugh here in the office reading it and looking at the pictures. 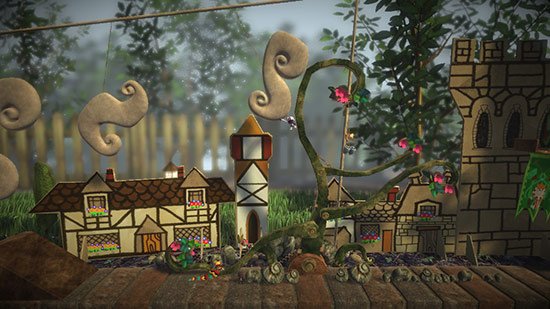 Lastly, the PlayStation 3 has a number of important exclusive titles — potential system sellers — coming in 2008, including Metal Gear Solid 4, LittleBigPlanet, Resistance 2, and MotorStorm: Pacific Rift (along with, of course, PlayStation Home). Is Microsoft confident that its slate of releases this year will be enough to combat what many perceive is a slowly growing momentum for Sony’s black box? And do you think that the hype behind (and success of) GTA IV will be able to sustain the 360 until its own heavy hitters come along?

I know a lot of folks enjoy watching the console wars and we would never underestimate our competition. But answer to your question specifically, didn’t Sony promise all of this last year including Home as well? We have been fighting Sony’s promises from the day we entered the market and if you remember at that time it was all about PS2 being an online cybercity with partner announcements from the likes of RealNetworks and AOL. Then three years ago at E3 they showed what PS3 games would supposedly look like with the Killzone 2 video, that we are now learning will ship four years later. That means that we will have shipped Gears of War and Gears of War 2 before they can even get Killzone out the door. Think back to GDC 2007 when Sony promised to leap ahead in online with the Sony Home unveil. Here we are two years later and multiple delays for a product that has appears to have little to no buzz. Where are the achievements? The friends list integration across all games? Where is the long-promised video store? Where are all the other products using and networking with their CELL chip? How come Blu-ray did not result in better games? What happened with Sixaxis and rumble? Where is the complete 1080p game library we were promised? If Blu-ray as they said would be such a catalyst to PS3 console sales, then why have PS3 sales over the past couple months not seen any lift since the format victory?

The reality is that Xbox 360 is leading this generation with a larger installed base, more than 2xs the games library, the most exclusives along with the leading online service and community. While we have not yet announced all of our plans for the full year, I am confident that we will extend our lead over the PS3 in 2008. Today Xbox 360 has a 5-million-unit console sales lead on a global basis based on most recently public reported data from both companies. This includes more than double the installed base in the US according to actual NPD sell-through and over a 1-million-unit lead across Europe also based on reported sell-through from Chart Track and GfK.

The days of Sony snowing the consumers and the press are over, I think the pressure is now really on them more than ever to deliver on all of these promises.