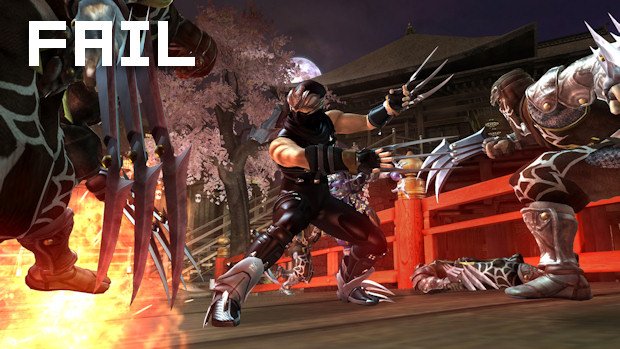 Yes, seriously. In what may be the most arbitrary and silly decision yet made by the Entertainment Software Ratings Board, Destructoid has been asked to remove a launch trailer we posted for Ninja Gaiden II in May 2008. Despite the fact that nobody on this site has even thought about that trailer for a year, it was deemed a threat to society and has now been removed.

Even more amusing is the fact that we embedded a Gametrailers video in the aforementioned post, a video that is now dead and doesn’t work. Apparently, even posting evidence that the trailer once existed is enough to incur the wrath of the ESRB Gods.

Out of consideration for Microsoft, we’ve complied. However, the ESRB must surely realize just how ridiculous it looks with these apparently randomly decisions. A tough job it most certainly has, but these kind of situations are just farcical and makes the ESRB look clueless at best, insane at worst. We are now removing a trailer that is a year old and that nobody except the ESRB cares out, which has also helped draw attention to a long-forgotten video that people will probably now want to see and track down.

Logic, thy name is ESRB.