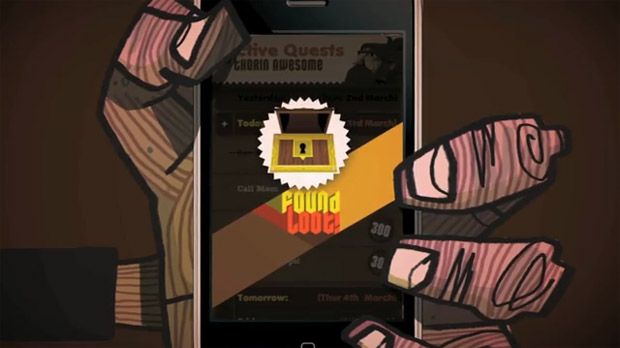 Apologies for the weirdness of that headline — EpicWin, an upcoming iPhone “game” by Rexbox and MrFungFung, isn’t easily classified. Actually, they’re calling it a “productivity app,” which works pretty well. Whatever. The character limit was being a harsh mistress again.

I’m one-hundred percent sure this concept of turning real-life tasks into a game has been tried before, but to my knowledge, it’s never been done in such an aesthetically pleasing way. More to that point, EpicWin being an iPhone app makes it all the more viable.

This trailer, which is magnificent in and of itself, says what needs to be said — except, there’s no date. What gives? Upon further inspection, it appears as if we’ll likely be getting our hands on the app in about a month. Now, if only I owned an iDevice …

Filed under... #Apple#iPhone#Things gamers do