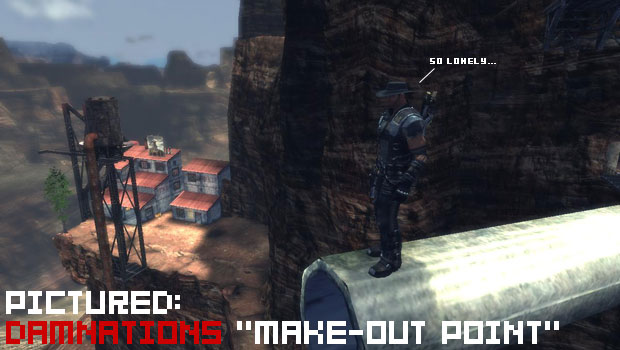 You know, I could probably go on and on about the level design in Damnation — Blue Omega’s upcoming PlayStation 3, Xbox 360, and PC shooter — based on the press release Codemaster sent out to us today. It would involve me using words like “vertical” and “traverse” and “sun-kissed, leafy mountainside ruins.”

But I’m not going to. Because there’s a video (right after the jump) of the game’s lead designer, Jacob Minkoff, talking about it. Also, there’s some pretty footage of things moving, which you’ll probably want to see anyhow. So I’m not going to bother.

What I am going to bother mentioning is that I want this custom Damnation PC for myself, not only because it looks cool, but because my current computer can hardly run Windows Media Player without choking. It’s unfortunate for me (but great news for you) that there’s a rumor we may be giving it away on this very site, closer to Damnation‘s May release.