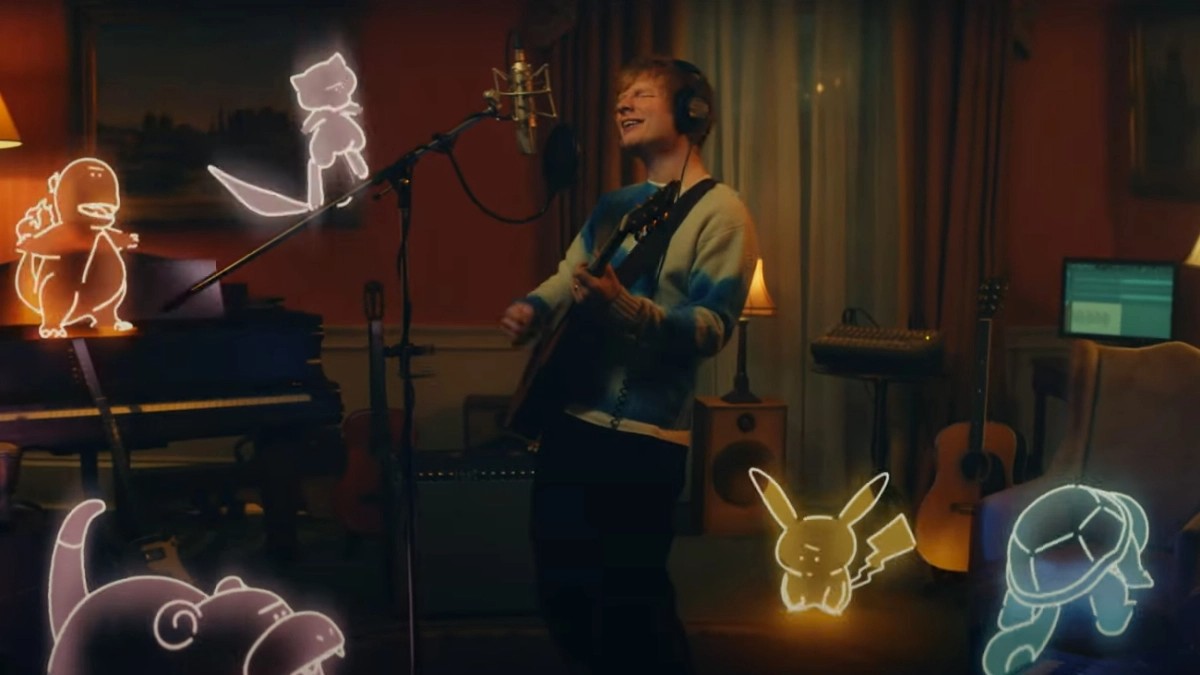 I love a good pop star/video game crossover, and thankfully they’re pretty common these days. As part of the upcoming release of Pokémon Scarlet and Pokémon Violet, Pokémon teamed up with global pop sensation Ed Sheeran, whose new song will be featured in the game. It’s called “Celestial,” and the music video is out right now, featuring familiar faces like Squirtle, Pikachu, Machamp, and Snorlax, just to name a few. Fans are guessing that it might be used as an end credits song, or possibly as an upbeat opening to the game.

Believe it or not, this isn’t the first time that Ed Sheeran has collaborated with the Pokémon brand. Last year, he put on a virtual concert in Pokémon GO that players could watch in-game. The concert included performances of six of his most beloved songs, and players could find special Pokémon as part of the event, including a Squirtle wearing sunglasses. Rapper Post Malone also put on a virtual concert for Pokémon fans last year to celebrate the series’ 25th anniversary.

We’ve teamed up with @edsheeran on a new track! ‘Celestial’ will be featured in Pokémon Scarlet and Pokémon Violet! ????

Personally I’d love to see more songs written specifically for games. Movies license well-known artists for their projects all the time — that’s how we got bangers like “Sunflower” by Post Malone and Swae Lee for Spider-Man: Into the Spiderverse or “All the Stars” by Kendrick Lamar and SZA for Black Panther.

That’s not to say this hasn’t been done already for games, though — the example that comes to mind is Florence + the Machine’s cover of “Stand by Me,” which served as the theme song for Final Fantasy XV. Then there’s “Popstars” by K/DA, which was the theme for the 2018 League of Legends World Championship, which was a virtual girl group formed by members of the K-pop group (G)I-DLE as well as some western artists. Basically, I just want more songs like those, and this new Ed Sheeran number is a good start.