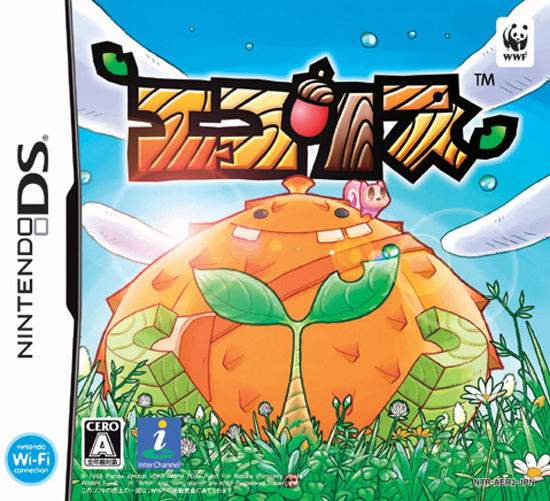 Give me a moment to explain something that has nothing to do with video games. I’ve been a toy collector for some time now, and I’m starting to notice a theme in some of the toys I collect. If a character has a vacant expression of delight, a la Totoro, I seem to have an immediate affinity for it. Ecoris is the type of game that pushes all my buttons, as I’m sure you can tell by the gap toothed, grinning character on the cover of the title.

Thanks to the master translation skills of Dtoid’s own Orcist, we were able to glean this passage from the article:

Interchannel Holon released a few new images of their original title, Ecoris for the DS. Sponsored by the World Wildlife Federation, the real-time strategy game will feature Dorian, an orange Totoro-looking creature who struggles against threats to his native forest. Using the stylus, players control 3 types of small rodents whose characteristics depend on their color, in the vein of Pikmin. The game will also include co-op and versus multiplayer, either local or online. Release is set for August 23.

Is it ok for me to admit that sometimes I don’t even care what I’m going to be doing in a game, I like the characters and setting so much? Probably not. That’s ok though, I choose to be passe. I envision Dorian on t-shirts and diaper bags in the near future, looking decidedly empty and thrilled simultaneously. That’s a skill, people. Totoro isn’t one of Japan’s most beloved characters for nothing, you know.