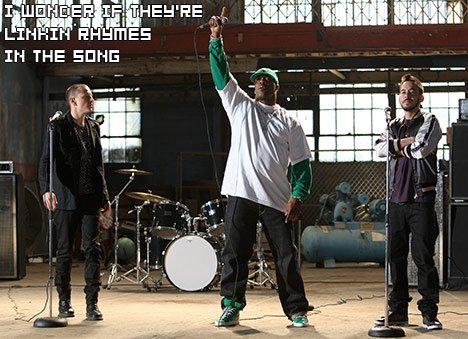 We’re already into July, so EA Sports’ August 12th launch of Madden NFL 09 on every current platform known to man (and some unknown to this man) is right around the corner. Accordingly, EA announced the game’s 26-song soundtrack this morning; it is said to feature “a multi-genre roster of superstar acts and soon-to-breakthrough artists.”

You’re going to have to let me know about the validity of that statement from EA’s PR people, since I’m not familiar with a single track in the game. Of course, I suppose that’s the point; EA has always strived to introduce up-and-coming artists and songs with their games’ soundtracks, called “EA Trax.”

Still, I definitely remember Madden NFL 2004 shipping with Blink-182’s single “Feeling This,” as well as Madden NFL 2005 featuring Green Day’s new single at the time, “American Idiot” — so perhaps I should note for the second time on Destructoid that I must be hopelessly out of touch with modern music. Some of the artists on tap this year are Franz Ferdinand, The Offspring, Rev Theory, and Busta Rhymes (featuring Linkin Park, no less).

Hit the jump for the press release, which contains the full tracklist. I wonder how long it’ll take me to get sick of these songs. That’s not a commentary on the quality of the music, but I find that I inevitably become tired of any game’s soundtrack if it features licensed music in this manner. Give me the original title menu music from NHL 95 any day.

One of the Most Influential Soundtracks in Videogame History Returns with Major Events, Tracks from Busta Rhymes featuring Linkin Park, Disturbed and The Offspring

“Madden NFL is the foundation of what we do and sets the standard for every soundtrack we create,” said Steve Schnur, Worldwide Executive of Music and Marketing for EA. “Madden NFL revolutionized the industry by making music of multiple genres — from both established acts and brand-new artists — an essential emotional component of the videogame experience and the NFL season itself. This 20th Anniversary Edition soundtrack celebrates that legacy like never before, complete with marketing events that take the excitement to a whole new level. Not only have we changed the gaming culture forever, we continue to move the needle musically for millions of people around the world. Madden NFL will always be recognized as the game that made the music matter in videogames.”

Cross-promotional events leading up to the game’s release include a series of :60 viral videos for tracks featured in the game, a special Madden Music Anniversary tribute issue of Billboard on newsstands July 13th, as well as other marketing partnerships to be announced in the near future. Beginning the week of August 4th, a different Madden NFL 09 soundtrack artist will perform live each night on a popular late night show.

Music from the Madden NFL 09 soundtrack is available on EA’s music website at www.ea.com/eatrax.