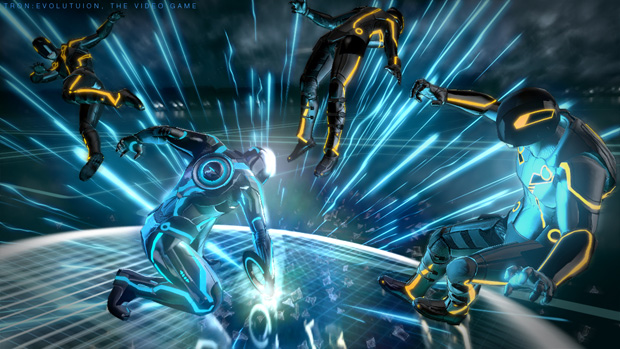 All three of my illustrious collegues that have had a chance to experience Tron: Evolution (on the Wii and PS3 and 360) have come away pretty impressed with what is being delivered. But I don’t trust them. Dale has shifty eyes; Holmes loves everything on the Wii; and Husky, well, I have my reasons. Thankfully, we have cameras everywhere at E3 and we caught the game in action on the floor.

You can see the gorgeous looking game above in full action on an HD console. I must say that while the Prince of Persia style wall running looks neato keen, it’s the bike that is getting me all hot and bothered. Despite the rather tame levels played it looks it can offer up some epically awesome gameplay. Now let’s just hope the film turns out as good as the game looks like it is going to be.