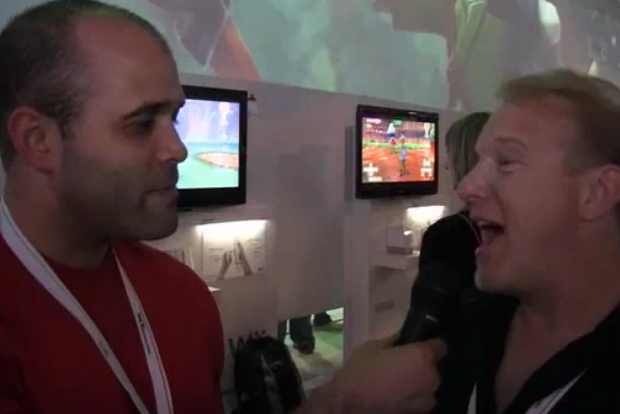 The Nintendo guy’s name is David. He was incredibly nice, and treated Hollie and myself like royalty. He totally didn’t have to, as the company has been suffering from no shortage of attention since everyone at E3 collectively lost their sh*t on Tuesday over the new Zelda and the 3DS. Still, he insisted on bringing us to the head of both the 3DS and Skyward Sword lines, making sure we had as much fun as possible. He’s clearly enthusiastic about his job and loves making Nintendo fans happy.

That said, he is from PR-topia, and therefore, PR language is all he could speak. I tried to talk normal-talk to him, and/or break his stone-solid professional attitude with screams of joy, but no luck. I even falsely reportly that a game about pooping is coming to the PS Move and/or Kinect. Still no luck.

So yeah, this is what it’s like to talk to a really nice, really genuine guy who’s paid to talk a certain way lest he lose his job. Hope you find it interesting.