I typically don’t get along with “realistic” racing games, but I’ll love any good racer that does something a little over-the-top. This is why I am somewhat drawn to Nail’d, a new bike racing game from Southpeak Interactive. It trades in realistic physics for sheer speed, and surprisingly it works out quite well.

Read on for some hands-on impressions of Nail’d. 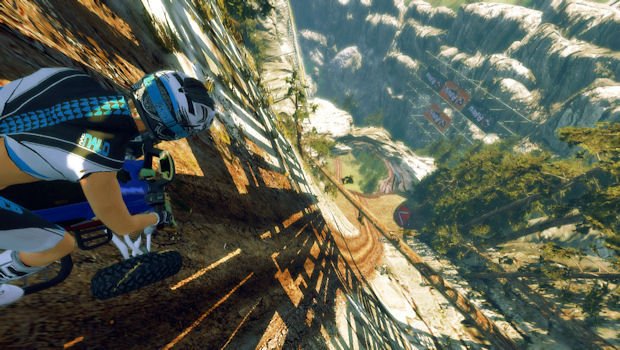 Nail’d is essentially about quad bikes zooming through filth and getting into all sorts of high speed silliness. Realism has been thrown out in favor of unbelievably high jumps, riding on the roofs of trains, and going faster than anybody should. Its controls are standard, you don’t have to worry about things like drifting, and altogether Nail’d comes across as a racing title for people who generally don’t like racing games. It’s pretty cool, actually.

I don’t drive, and I hate worrying about realistic driving physics in my racing games. If I wanted a realistic driving experience, I’d get into a real car. Nail’d most definitely appeals to somebody like myself, a person who enjoys the speedy thrills of a racing title, but doesn’t really want anything else.

Aside from the racing, the only other thing to be concerned about is a boost meter and the tricks required to fill it. Filling the boost is fairly simple — you pull off certain easy tricks, such as jumping through hoops of flame, landing well after a big jump, or even landing on an opponent’s head. The boost fills up pretty quickly, meaning you’ll always have a reserve of extra speed nearby. It’s pretty essential too, as Nail’d can wind up pretty difficult if you’re not paying attention. 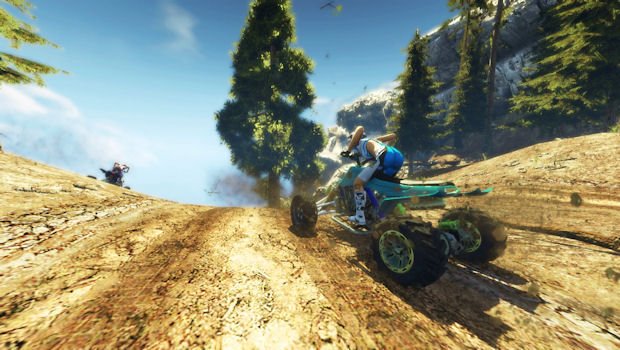 Steering is important, especially in the air, where you have to try and land without hitting anything dangerous. Crashing is a regular part of Nail’d, but the excess boost always gives you a fighting chance. With so much to avoid and watch out for, it’s pleasant to note that the steering is really responsive and forgiving, again driving home the theme of not having to worry about anything other than the pure racing aspect.

My time with Nail’d was brief but encouraging. It’s not the most refined racer out there, but it’s very fast and it’s pretty damn fun, which is what really matters at the end of the day. There’s not really much else that needs to be said.