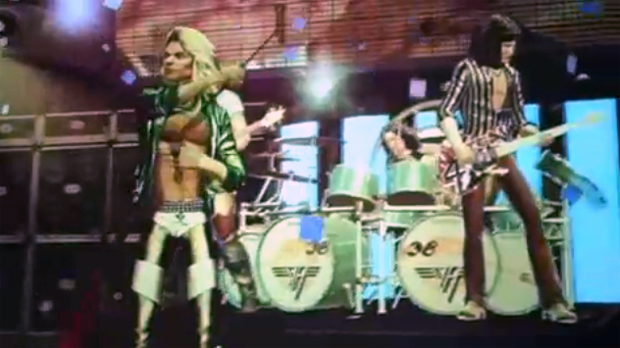 We know Guitar Hero: Van Halen is a thing. And it’s a thing coming to all of the usual suspect consoles later this year, and if retailers are to be believe, it’s coming pretty soon.

So imagine our surprise when Guitar Hero: Van Halen was not one of the games on their list for E3 this year. Instead, the publisher is focusing on its other Hero games, Guitar Hero 5 and DJ Hero, both slated to his stores this holiday. Up until now, we haven’t even gotten a single glimpse of what the game would look like.

That changes. Now. Check out what your digital David Lee Roth looks like in action after the jump. (Note: This was video snapped right off of the show floor, and the soundtrack is DJ Shadow… not Van Halen. If you couldn’t tell. I’m just clearing that up now, in case anyone would get confused. Then we’d have to laugh at you.)