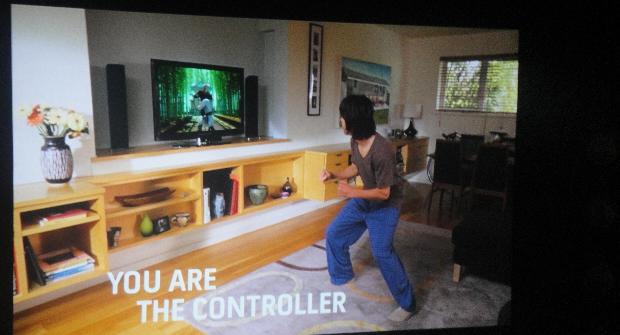 Catching up with EA CEO John Riccitiello, IndustryGamers talked with him about the upcoming future of motion controllers. The boys at EA have been playing around with both Sony and Microsoft’s technologies for a while, and they first were informed about the projects about 15 months ago.

Since then, they’ve been experimenting left and right. In talking about Project Natal, he said, “it’s certainly very compelling for a number of game concepts I’ve got in my mind and my teams are working on. … I think the challenges around it is that there’s a lot to be worked out – it’s not something consumers have interacted with before.” Natal’s ambition was really shown off with Peter Molyneux showing off Milo. After seeing it in the press conference, I fully expected it to be something that was buggy, but I have a gut feeling Microsoft has put a lot more into it than I’m expecting, and the hands-on reports will prove that initial expectation wrong.

Meanwhile, Riccitiello considered Sony’s motion controller “a great bridge technology,” providing users with an experience that’s unlike what they’ve used previously, but at the same time, “it doesn’t require quite the leap of faith that Natal does.” At this point, though, all we’re seeing is a technical demo, and so we don’t have anywhere as great an idea of how the technology will play out as we do with Project Natal.

Both technologies, to me at least, seem to be trying to do a bit more with motion than the Wii is managing. Just because Nintendo did it first does not mean they can do it best. But it seems to me, as well as to Riccitiello, that each of the companies are carving out their own distinct niches when it comes to motion technology. It’s certainly a boon for us: with this generation’s lifecycle only approaching half-way through, this technology should really be something special by the end of the generation.