Venetica is one of those games I’ve always been interested in, yet kept forgetting due to its obscurity. Whenever I see it, my eyes light and my ears perk. It’s just a shame I don’t get to see it often.

That’s why I double-took when I was heading towards Southpeak to punch someone in the face and realized that I’d just walked past a tiny little alcove where Deck 13 was playing Venetica with no fanfare whatsoever. Once I’d concluded my business, I swiftly returned to check out the game in action.

I was very encouraged by what I saw. Hit the jump to read about my first glimpse of the game. 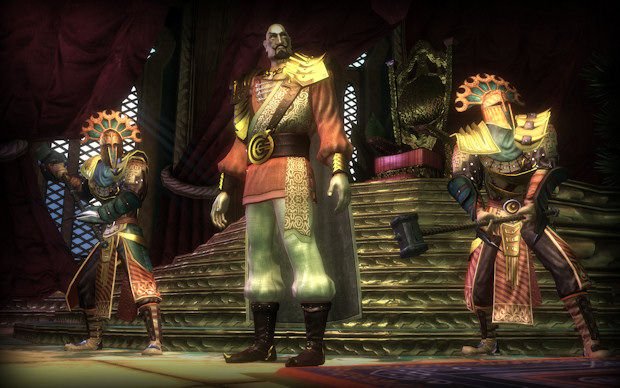 Venetica, despite having a graphical style that closely resembles Fable, is far less of an action adventure than I had anticipated. The game instead takes its cues more from Diablo than your typical action game, with a far-placed camera, dungeon-crawling, item and stat management, and loot. It has an interface that grind-heavy RPG nerds will find instantly familiar, which took me by surprise.

Combat is more involved than your typical Diablo game, with main character Scarlett able to perform combos and have access to an incredibly vast range of magical attacks. While I never got to see her special skills, it Scarlett possess some amazing sounding abilities, such as the power to age enemies and reduce their combat prowess, or distract them with ghostly images of their dead ancestors. It sounds like Venetica will go beyond your usual fire/ice/lightning magic tropes that are so often found in RPGs.

The most important of Scarlett’s abilities, however, is her entry into the Twilight realm. The game’s heroine is the daughter of Death himself, and this grants her access to a ghostly land of the dead. While in the Twilight realm, enemies will be unable to see her, allowing her to walk past enemies and maneuver herself into an advantageous position. She only has this power for a limited time though, so she must make good use of it. 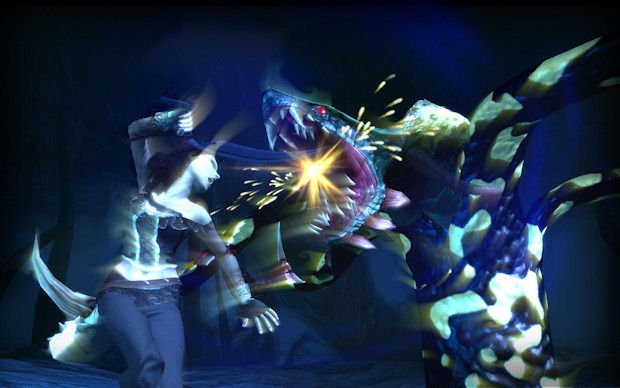 Scarlett can also resurrect herself when killed, provided she has Twilight power left. She’ll return to life in the Twilight realm, and will be able to phase back in at a location of her choosing. During my walkthrough of the game, Scarlett was killed, then resurrected behind the enemy that finished her off, allowing her to seize back the momentum of the fight. It has a Soul Reaver quality to it, and should be a very interesting addition to the game.

It would appear that, like any good dungeon crawler, loot is an important part of the experience. Enemy corpses can be searched in classic fashion, and weapons can be taken from their cold, dead hands. Having access to a variety of weapons is important, since you’ll need a good heavy weapon to break down doors, and a lighter one to take on fast enemies. There’s plenty of armor to collect as well, and any equipped clothing will appear on Scarlett’s character model. So many RPGs fail to put equipped armor on characters these days, and it really should be the standard.

When not in dungeons, there will be towns and villages to wander around in, Venice being the principal location. Deck 13’s stylistic portrayal of Venice is very visually striking, and the graphics are looking really good at this early stage. The framerate seemed a bit choppy, but I imagine this was quite an early build, so that can be forgiven. I’m told that Venice will not be the only location of the game, with Africa being mentioned as another key environment. 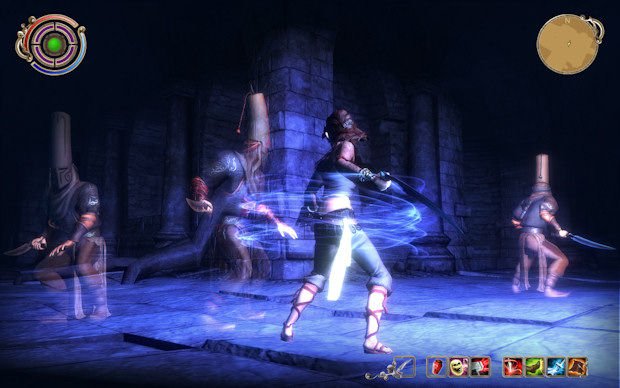 I’ve also been told that hundreds of quests will be available in the game. The main story campaign will take about twenty hours to complete, with the optional side quests bumping the time up to around the fifty hour mark at the time of writing. There are also plenty of hidden areas to find, some of which will require Twilight power to uncover.

So far, Venetica is looking like a terrific game that deserves way, way more attention than it’s currently getting. Why nobody is paying attention is anybody’s guess, but people need to keep an eye on this one. I know I personally can’t wait to try it out for myself.