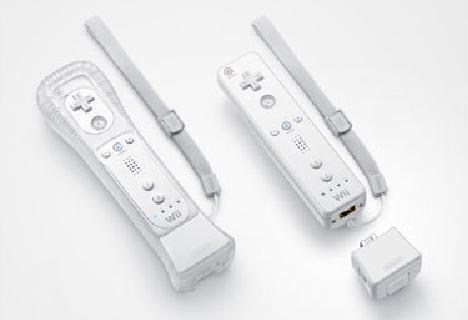 It looks like Nintendo is trying to take the wind out of Microsoft’s press conference sails — currently going on as I type this — by announcing a new, surprise Wii accessory: the Wii MotionPlus.

The new accessory plugs into the bottom of the Wiimote and offers true motion control in 3D space. From Nintendo’s Web site:

Nintendo’s upcoming Wii MotionPlus accessory for the revolutionary Wii Remote controller again redefines game control, by more quickly and accurately reflecting motions in a 3-D space. The Wii MotionPlus accessory attaches to the end of the Wii Remote and, combined with the accelerometer and the sensor bar, allows for more comprehensive tracking of a player’s arm position and orientation, providing players with an unmatched level of precision and immersion. Every slight movement players make with their wrist or arm is rendered identically in real time on the screen, providing a true 1:1 response in their game play.

More information about Wii MotionPlus and hopefully some other new surprises will be discussed tomorrow morning at Nintendo’s very own press conference. Make sure you stick with Destructoid for all the latest E3 updates!

What do you think? Are you as surprised as we are about this news? What kind of games will most likely implement this new advanced technology?