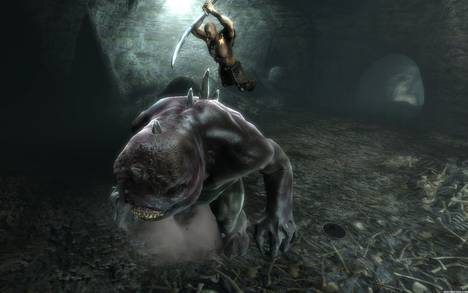 Back at Gamecock’s EIEIO event in Austin a few months ago, we got a first look at the Firefly Studios hack-and-slash title in action. The title’s heavy focus on a more realistic dungeon-crawling experience definitely made it stand out — weapons had weight, the game’s hero was sufficiently bad-assed but not over the top, and goblins did their daily business

Today, I had a chance to sit down with the game’s London-based developer Firefly Studio to see how all of that goblin peeing is shaping up.  Hit the jump for a few new details on gameplay and my impressions of the latest build of Firefly’s Xbox 360 and PC title Dungeon Hero. 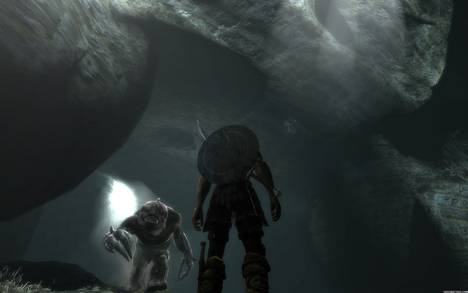 The first new area I was shown was designed specifically to show off the world’s realism, and the sense of life Firefly are trying to bring to the game. The game’s hero (who, as far as I know, may or may not have a name) is exiting a goblin city on a boat.

As the boat moved through the canals of the city’s underground, goblins on either side went about their daily business. Firefly are trying to convince gamers that goblins (in a sense) are people, too; they’re not simply waiting in dungeons to be hacked and slashed to pieces.  Based on what I saw, I’m sold — some were doing laundry, others were dumping buckets of water from the top floor of their goblin homes.

And while it was hard to hear the game’s audio, I’m told a lot of work is being put into the passing conversations that you’ll hear as you traverse the game’s world. Goblins will chat about their daily activities (taking the kids to soccer practice, or last night’s episode of Lost, perhaps?), giving the game a more “real world” vibe. In other instances, the conversations you hear will expand on the game’s story and the mythology of the world. While no specifics were given, it reminded me a bit of how 2K Boston approached BioShock with its scattered recordings; it’s there if you want it, but not necessary to follow. 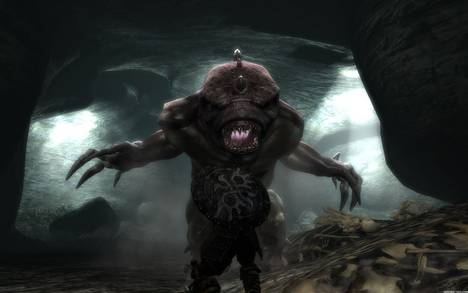 The game’s combat has been tweaked slightly, too. While the core philosophy is the same – more visceral, realistic fighting based on rhythm and timing versus button mashing – some more depth has been added to the mix. While it’s being tweaked at the moment, certain enemies will now gently flash yellow based on their threat level to the player. For example, at any given moment , the Hero could be surrounded by foes; but foes fight in packs realistically, and there will usually be an “alpha,” someone who poses the most threat in the group, and must be taken out first. These enemies will light up according to their immediate threat; how this actually works and feels with the controller in-hand remains to be seen.

The demo concluded with a vicious troll battle, with the hero being swatted and easily tossed to the side. The battle came to a close with a finishing move that had the hero crawling up the troll’s back, jamming his sword deep into its back. Firefly are promising a few boss battles will be scattered throughout the game. 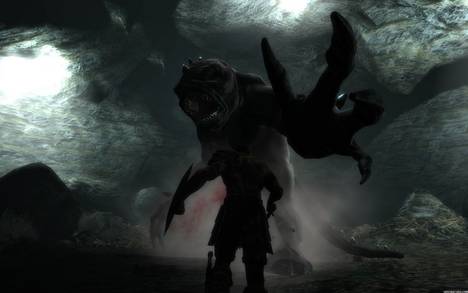 Dungeon Hero, as Firefly is so quick to point out, is a long way from release — they’re currently eyeing a mid-2009 target date. It’s hard to say how the game plays (this is the second time we’ve seen the game but have not yet been handed a controller), but the game is looking great – the areas we saw were visually impressive, with some slick lighting effects highlighting the action. Let’s hope the game feels as good as it looks when it ships next year.