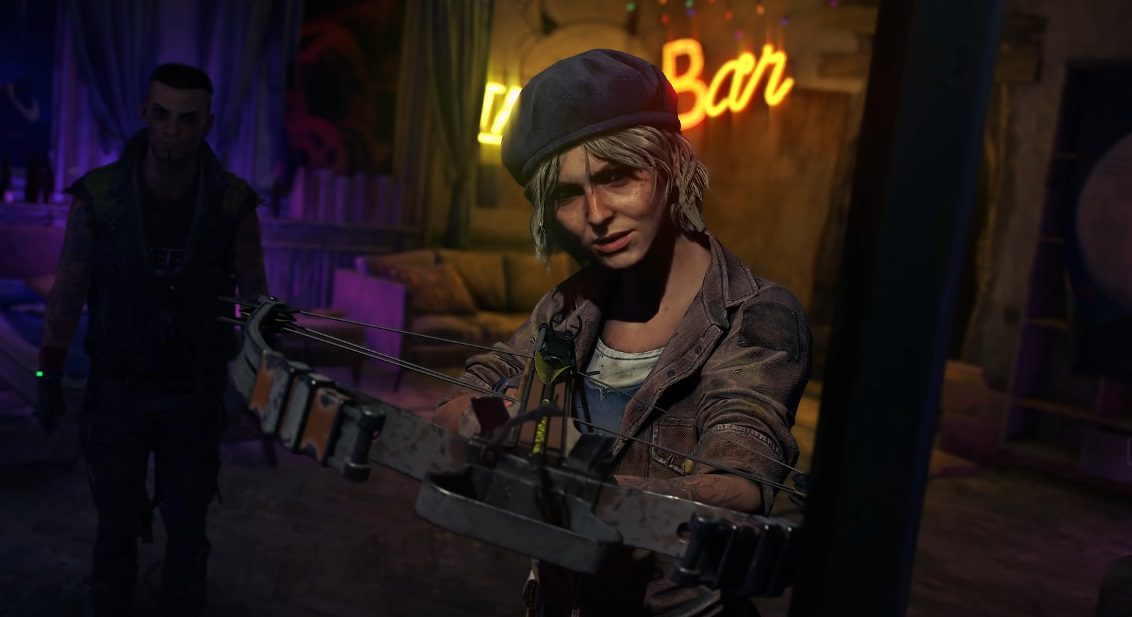 And the reason is you

Techland — who really wants you to know that Dying Light 2: Stay Human is not necessarily “500 hours long” — has released a cinematic story trailer for the survival horror sequel, ahead of its increasingly approaching February 4 launch.

The dramatic preview, titled “The Reason” offers a look at some of the locations, communities, and characters that protagonist Aiden Caldwell will encounter on their journey through the devastation that is The City, a fictional European metropolis laid siege by terrifying mutants and even scarier human beings. The trailer focuses on Aiden’s hunt for his missing sister, and the sacrifices — for himself and others — that he will make to uncover her whereabouts.

Additionally, Techland released the final chapter of its dev diary “Dying 2 Know,” which this time around takes a sneak-peek at Dying Light 2‘s incoming four-player co-op mode, as well as a video comparison showing off the claret-covered sequel’s console ports. To be honest the thing I liked most about this video is Leah Alexandra’s rad jacket.

Dying Light 2, which has been in the oven for quite some time now, looks to recapture the open-world exploration, acrobatic parkour antics, and grim ‘n’ gory combat of the original title, but with everything turned up to 11. Packed full of new weapons, characters, skills, and survival abilities, while boasting a brand new storyline, new protagonist, and an open world four times the size of the original Dying Light, Stay Human sure looks to be a real survivalist epic, one that will gladly scratch the itch of monster mashers, rooftop runners, and dystopia die-hards everywhere.