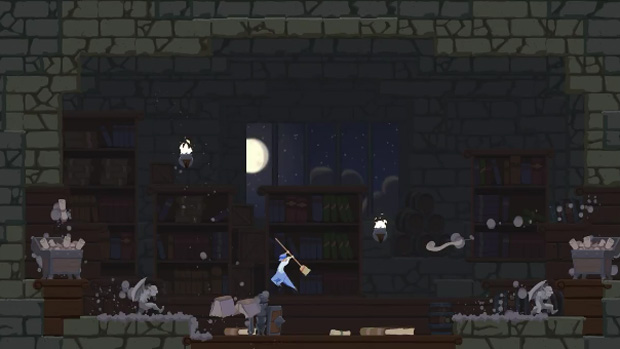 This new video promoting the indie platformer Dustforce was released late last week. The short clip shows a stage focused on combat and you’ll observe how the main character can swing a broom with reckless abandon.

It’s a fairly pretty looking game, but I’m not seeing anything here which feels particularly special. Once I’ve had my hands on it and can get a general sense of the way the character moves, that’s when I can generally start to get excited one way or another. I’ll be keeping my eyes on Dustforce either way, as it moves toward release on PC and Mac next year.