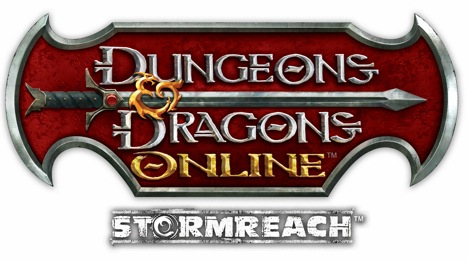 The biggest gripe for non-traditional players entering into the realm of Dungeons and Dragons Online is how daunting the rule system can be. The statistical frenzy of imaginary rolling dice and character creation has had a habit of turning those players off that may have otherwise enjoyed the diverse universe of DDO. Luckily, Turbine is actively attempting to fix that with their newest mod, “Mod 8.”

Mod 8 has a combination of accessibility for newcomers and has rewards and challenges for those deeply rooted in the game. The goal of the expansion is to make picking up the game as painless as possible, while still showing the player the several layers of strategy and rules involved. I recently spoke to Kate Paiz, Senior Producer at Turbine about Mod 8 and also tried to get her to say that World of Warcraft sucks in comparison.

Hit the break to learn more about the upcoming mod to Dungeons and Dragons Online, as well as Paiz’s integrity when it comes to talking about WoW. 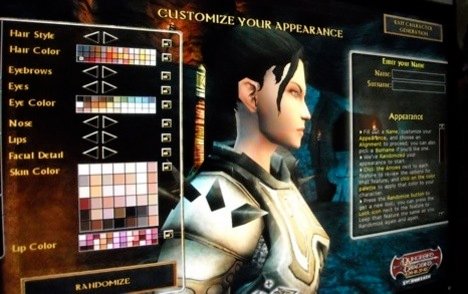 The first issue that Paiz brought up in her showing of Mod 8 was how challenging DDO can be to new players. Turbine’s goal with the mod is simple. It’s all about helping new players with things like character creation, while still giving them the tools to learn about the game. In a sense, Turbine is educating their consumers.

One thing that we hear is that folks playing the 3.5 rules set are doing great. They’re having no problems at all…If you’re first edition and second, there are rules that you are not familiar with. That’s why we have a five-step character creation [method]…It allows players to learn throughout the character creation process. [Players can evaluate] what abilities are the best, or harvest information.

The information harvesting won’t simply be through the game either. Turbine is actively involved in updating its own website with some of the tools and FAQs that new players will need. To even further combat the problem with being a new player, Mod 8 will have the appropriate humble beginnings to walk players through the finer points of the game. Mod 8 begins with a vicious shipwreck, caused by a meandering dragon who happens to like to pass his time by messing up boats. After the wreck, the player will find his character stranded and quite scantily clad. I asked Paiz how one loses all his clothes, but not their undergarments. Apparently, this is how shipwrecks operate. I’ve never personally been in wreck at sea, but from now on, I’ll definitely come prepared with long johns. 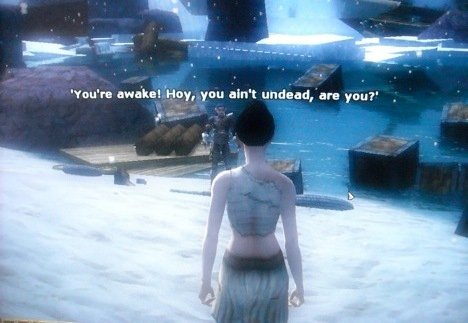 The beginning of Mod 8 consists of recovering your clothes and learning about your character, all within the same story-based experience that most Dungeons and Dragons Online players are familiar with. After the beach scene, players will enter into a tutorial dungeon, a village, wilderness, and a landscape that will incorporate a fight with the dragon that stole your clothes.

One of the cooler aspects of Mod 8 is the incorporation of the ‘hireling’ system. Hirelings are NPCs that players will be able to contract to help them fight for a predetermined amount of time. These fighting NPCs were created with the solo oriented or small party person in mind. Hirelings are also summoned, which prevents precious contract time from being consumed while traveling to a dungeon. Also, hirelings will never abandon a player once a dungeon has been entered, even if the time expires. They will leave you, however, as soon as you’re finished if the allotted time has been consumed. Players may only have one hireling at a time, but parties can be formed with a grand total of three hirelings between three individual players.

Older and higher level players will get a kick out of the Mod 8 experience as well. Four new landscapes have been added, as well as several new dungeons. There are also some new monsters, as well as the finned “Sahuagin,” which made an appearance in Mod 7, but will now emerge as a primary monster in Mod 8. New players will be able to get an additional three-to-five hours out of the expansion if they rush through. The higher-level content is still in development, but Turbine is expecting between five-to-ten hours altogether.

As for the rest of the details on Mod 8, we can only wait. Turbine is aiming to have Mod 8 available around October if possible and already has plans for Mod 9. After our chat about Mod 8, I asked Paiz a few questions about the popular MMO, World of Warcraft. Check out what she had to say:

Destructoid: If DDO was a sandwich, what kind of sandwich would it be?

Kate Paiz: “I never thought about that before. I would probably say it isn’t like an Italian with a lot of different kinds of meat, but it’s probably a club. There’s some good tastiness in there.”

Destructoid: Would there be any onions on it?

Destructoid: Would a WoW sandwich have onions on it?