This past weekend, 15 people from Dtoid UK were lucky enough to be invited to the Capcom Community Christmas Party at Roxy’s bar in merry old London.

When we arrived we were given some pretty sweet swag bags (thanks atheistium for the picture!) containing: figures for Dark Void and Bionic Commando, Dark Void, Monster Hunter and Capcom Christmas t-shirts (the latter of which is pretty cool) and perhaps the most bizarre bit of swag, Resident Evil: The Darkside Chronicles face mask which I’m sure will protect me from something.

The only games that were actually playable at the event were Lost Planet 2, Dark Void and Tatsunoko Vs Capcom: Ultimate All-Stars which we had a tournament in but more on that later. The best thing about the day was the free bar which in true Destructoid style, we made sure was well used with the drinks flowing regularly throughout the afternoon, I’m quite surprised we didn’t drink them out of Amaretto as it seems that Amaretto and Cranberry juice is the de facto drink of Dtoid UK.

Throughout the day we were shown videos featuring producers from Capcom Japan where they told us about their Christmas (by the sounds of it they all work.) None of the interviews were boring, taking place in a variety of locations including a massage parlour, a car, a recording studio and downtown Paris! The final two interviews were from the producers of Tatsunoko Vs Capcom: Ultimate All-Stars and Monster Hunter: Tri. Whilst talking about their games they revealed two prizes which would be given away throughout the course of the day. The first was a signed Tatsunoko Vs Capcom: Ultimate All-Stars hooded top which was the grand prize in the TvC tournament and the second prize were some Monster Hunter: Tri noodles which were given out as raffle prizes later on in the day.

The raffle needs a special mention if only because of the shear awesomeness of the prizes that were given out. Most of us got the aforementioned Monster Hunter noodles that were really spicy but pretty nice (I couldn’t keep them, they had to be eaten!), a few people got boxes of Japanese biscuits, there were Lost Planet 2 plushies and Monster Hunter bags too. I’m pretty sure our very own Gandysampras went home with the best prize of the day; a signed art cell featuring Seth from Street Fighter IV. I can safely say he was clutching it like a child for the rest of the day!

The Tatsunoko Vs Capcom: Ultimate All-Stars took up most of the afternoon, although most of us went out in the first few rounds. Gandysampras, SurplusGamer, Anus MacPhanus and Half Left all took us through to final stages before being beaten by some pretty good fighters. The event in general was a lot of fun and I’m surprised just how much effort Capcom made to look after both the Dtoid and Capcom communities. We couldn’t leave without saying thank you to the lady that made it all possible so we had Destructoid’s own artist superstar, Mikey, knock up a piece of custom art for the Capcom community manager, Chiara Woolford, which I’m sure you’ll agree is pretty awesome:

After the event, Dtoid UK took to the streets of London, finding a funfair in Leicester Square before finally heading to Gamerbase in the Trocadero for some Quake 3 and Counterstrike: Source action. I had an awesome day hanging out with my friends from the Internet and I really can’t wait until we get to hang out together again.

Don’t forget to check out the Dtoid UK Flickr pool for all of the pictures from the event. 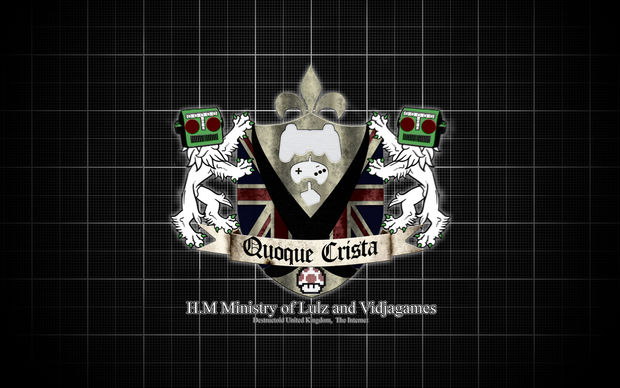