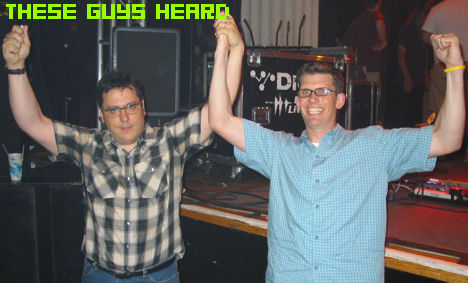 Here’s good news for people don’t like stupid hassle. Major Nelson has just announced the launch of a Content License Transfer Tool (or DRM Tool) for the Xbox 360. This feature will let you transfer your licenses from console to console, though you only get one transfer per year.

The team is happy to announce that the Content License Transfer Tool (also know as the DRM Tool) is now available on Xbox.com. It’s an easy process that has two parts: Transfer your licenses on Xbox.com, then download them manually on your console.

This is great news for people who have replaced their hard drives or swapped out consoles in the past. Before the DRM Tool, people who changed their consoles had to be connected to Xbox Live in order to enjoy any of their downloaded content, because the license for that content was restricted to the original console it was bought on, and the only other source of that license was online. The DRM Tool fixes all that.

Major Nelson doesn’t make that clear, so we got official confirmation from The ‘Soft itself that you could indeed play XBLA games and use DLC while offline now:

This will take care of that issue. Once you transfer over the licenses to the new hard drive you should have no issues accessing any content from your account, even if you aren’t hooked up to LIVE.

Microsoft will also do the license transfer if you ever have to get your console replaced (and we all know THAT happens a lot). So, if you were thinking about upgrading your HDD in the future, rest assured that you won’t need an Internet connection to play Doom in the future. Rejoice!